By Francesco Guarascio BRUSSELS (Reuters) - The euro zone's trade surplus with the rest of the world ballooned in June to 21.2 billion euros ($25 billion) as the bloc's drop in imports of goods outpaced the fall of exports amid a global slide in trade due to the COVID-19 pandemic. The bloc also suffered the biggest drop ever recorded in employment in the second quarter, the European Union's statistics agency Eurostat said 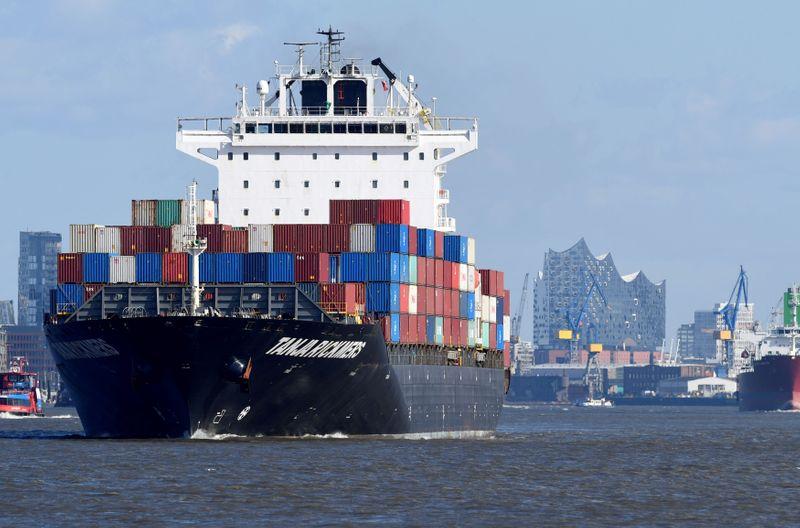 BRUSSELS (Reuters) - The euro zone's trade surplus with the rest of the world ballooned in June to 21.2 billion euros ($25 billion) as the bloc's drop in imports of goods outpaced the fall of exports amid a global slide in trade due to the COVID-19 pandemic.

The bloc also suffered the biggest drop ever recorded in employment in the second quarter, the European Union's statistics agency Eurostat said.

The agency also confirmed the record drop in the bloc's gross domestic product last quarter, which fell by 12.1% compared with the first three months of the year.

Eurostat said on Friday the June trade surplus was wider than that posted a year earlier when the bloc had a positive balance of 19.4 billion euros. The reading also largely beat market expectations of a 12.6 billion euros surplus.

The surplus was more than twice as big as that recorded in May when the bloc had a positive balance of 9.4 billion euros.

The year-on-year improvement was caused by a 12.2% drop of imports, which more than offset the 10% fall in exports, Eurostat estimates showed.

The 19 countries of the currency bloc also traded much less among themselves. In June they exchanged goods worth 150.6 billion euros, down by 7.3% compared with the same month last year.

The larger EU, which is composed of 27 states, posted a 20.7 billion euros surplus in June, also caused by a bigger drop in imports than exports.

Among its top three trading partners, the EU reduced trade mostly with Britain, which left the EU on Jan. 31.

Trade with the United States also fell significantly while the drop of exchanges with China was small.

In a separate release, Eurostat said euro zone employment in the period between April and June fell by 2.8% compared with the previous quarter, in the sharpest decline since data began to be collected in 1995.

The agency confirmed the estimates it released on July 31 of a record fall in euro zone GDP in the second quarter, the deepest since the time series started in 1995.

The new release on GDP is based on data from 13 of the 19 euro zone countries, including all the big ones. The earlier release included data from 10 states.

The record fall coincided with coronavirus lockdowns which many euro zone countries began to ease only from May.