By Rodrigo Campos NEW YORK (Reuters) - Stocks erased gains on Friday, with a global index struggling to avoid a fourth consecutive weekly loss, while the euro and sterling rallied against the dollar after a report said the UK is ready to drop a key Brexit demand. 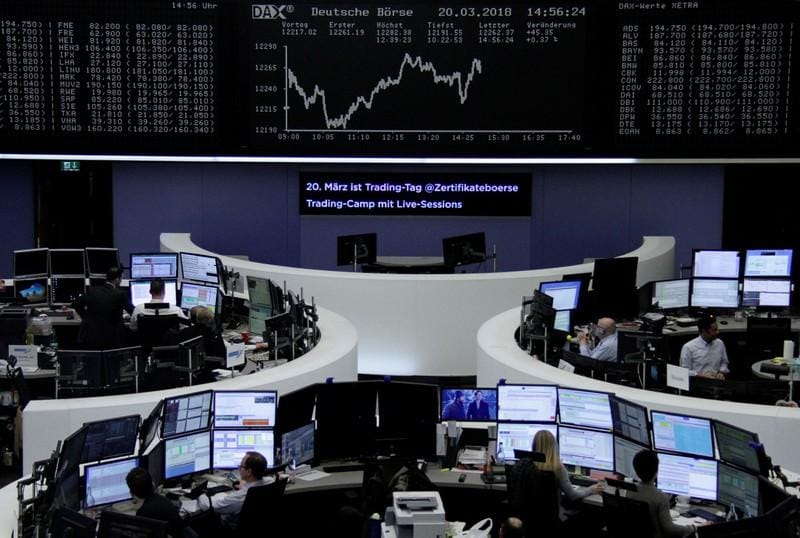 NEW YORK (Reuters) - Stocks erased gains on Friday, with a global index struggling to avoid a fourth consecutive weekly loss, while the euro and sterling rallied against the dollar after a report said the UK is ready to drop a key Brexit demand.

The pan-European STOXX 600 index lost 0.12 percent and MSCI's gauge of stocks across the globe shed 0.12 percent.

In currencies, the British pound and the euro rose after Bloomberg News reported that British Prime Minister Theresa May is ready to drop a key Brexit demand in order to make a deal for Britain to leave the European Union.

The Japanese yen weakened 0.33 percent versus the greenback at 112.56 per dollar.

Oil prices rose on signs of surging demand in China, but the market remained concerned over rising U.S. inventories and trade wars that could curb economic activity.