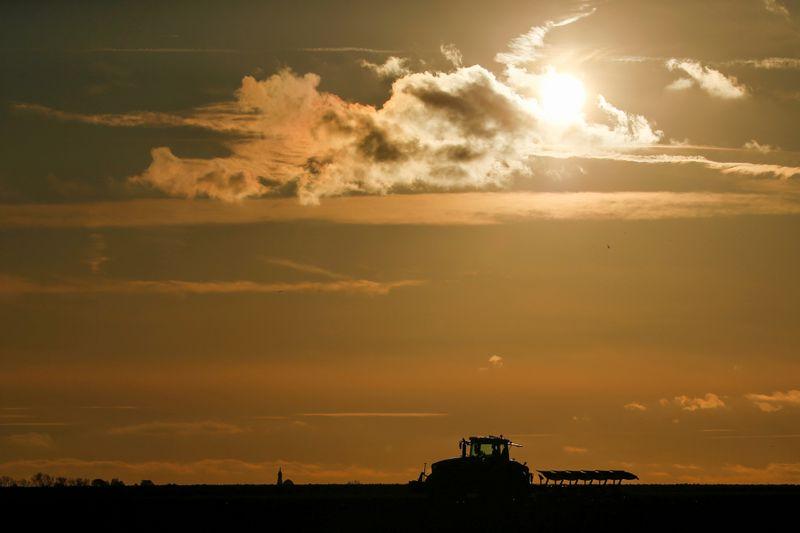 PARIS (Reuters) - Euronext wheat was little changed on Friday in light trading ahead of the year-end holiday period while traders waited to see if strikes in France over pension reform would have a significant impact on exports.

It showed a 3 euro gain over the week after holding close to Monday's two-week high of 187.00 euros.

Euronext prices remained underpinned by slow farmer selling and concern over congestion caused by strikes in France at a time of steady export demand, traders said.

French ports have seen stoppages this week by tug-boat personnel while a two-week-old rail strike has caused difficulties in transporting goods inland.

Container shipping company MSC said on Friday it was implementing contingency plans to re-route container ships away from French ports when necessary due to strikes.

A flow of European Union wheat exports to China, mostly from France, was expected to reach 1 million tonnes in an effect of trade tensions between Beijing and usual wheat suppliers like the United States, traders said.

EU countries including Germany were also expected to be used to source part of purchases of up to 1 million tonnes of wheat by Iran in recent weeks, trade sources said this week.

(Reporting by Gus Trompiz in Paris; Editing by Catherine Evans)