By Francesco Guarascio BRUSSELS (Reuters) - The European Union is planning bold measures to boost its access to drugs, from sidestepping patent rights in emergencies to offering incentives for companies to shift production to Europe, according to EU documents published on Wednesday. The possible moves are meant to tackle the chronic shortages of medicines that have dogged the bloc for years and have become more serious since the COVID-19 pandemic and its associated trade disruptions and drug export bans 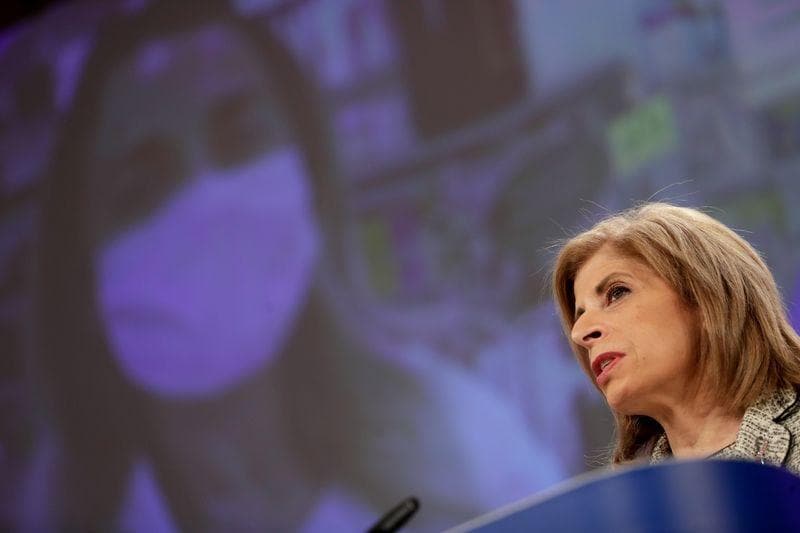 BRUSSELS (Reuters) - The European Union is planning bold measures to boost its access to drugs, from sidestepping patent rights in emergencies to offering incentives for companies to shift production to Europe, according to EU documents published on Wednesday.

The possible moves are meant to tackle the chronic shortages of medicines that have dogged the bloc for years and have become more serious since the COVID-19 pandemic and its associated trade disruptions and drug export bans.

The European Commission wants faster procedures during crises to produce generic versions of drugs in EU states without the consent of patent holders, an EU document says.

So-called compulsory licensing is allowed under World Trade Organization (WTO) rules in emergencies as a waiver of normal regulations and could be applied during the COVID-19 pandemic.

"The Commission sees the need to ensure that effective systems for issuing compulsory licences are in place, to be used as a means of last resort and a safety net, when all other efforts to make IP (intellectual property) available have failed," the first of Wednesday's documents said.

Ironically, the proposal is part of an EU action plan on intellectual property that is mostly aimed at strengthening the protection of EU companies' patents against foreign actors.

"Compulsory licensing is not an effective policy tool to create access and puts at risk any incentive to invest in medical innovation at a time when citizens across Europe, across the world, are looking to the life science community to find the answers to the coronavirus crisis," EFPIA, the body representing the largest players in the European pharmaceutical industry, said in a statement on Wednesday.

In the first months of the COVID-19 pandemic, lawmakers and activists had urged the EU to use the WTO waiver to gain access to potential vaccines and drugs against the new coronavirus, which have mostly been developed outside the 27-nation bloc.

The EU initially struggled to order large volumes of the antiviral drug remdesivir, which some studies have shown to be effective against COVID-19, because nearly all stocks of the drug produced by Gilead had been ordered by the United States.

Though the EU executive has so far refused to invoke the WTO waiver and has struck multibillion-euro deals with drugmakers to secure COVID-19 shots and therapeutics, the pandemic has led to a reconsideration of existing procedures that largely fall under the remit of national governments in the bloc.

"The Commission calls on member states to ensure that the tools they have are as effective as possible; for instance, by putting in place fast-track procedures for issuing compulsory licences in emergency situations," the document says.

To avoid distortions to trade and innovation, the Commission is also considering creating an emergency coordination mechanism that would be triggered at short notice when an EU government wants to issue a compulsory licence.

The move differs from proposals from South Africa and India to pre-emptively waive WTO intellectual property rules during the pandemic - proposals the EU has said are too drastic.

The Commission said in a second document that, after a consultation process with pharmaceutical companies next year, it will make proposals aimed at addressing vulnerabilities in global supply chains.

That could lead to incentives, or other less benign measures, to persuade manufacturers to move production of medicines to Europe from China and India, on which the EU relies heavily for medical imports.

The Commission said it was important "to assess whether manufacturing capacity for certain critical medicines may be required in the EU", adding that any action would be in line with WTO rules.

"We need to be able to rely on ourselves, not on others," the Commission's vice-president, Margaritis Schinas, told a news conference, emphasising the 27-nation bloc's need for "strategic autonomy" on drugs.

To avoid disruptions, drugmakers will also be subjected to stricter requirements on supply obligations and disclosure of stock levels under proposals due in 2022.

The possible measures are part of a wider EU strategy published on Wednesday. The plans aim to increase access to cheap medicines and boost competition - including through broader use of generics that could hit revenues of large drugmakers - in line with a Reuters report earlier this week.