By Jan Strupczewski and Gavin Jones BRUSSELS/ROME (Reuters) - The European Commission took the first step on Wednesday toward disciplining Italy over its expansionary 2019 budget after Rome refused to change it, raising the stakes in a dispute that has alarmed the whole euro zone and could eventually lead to fines. 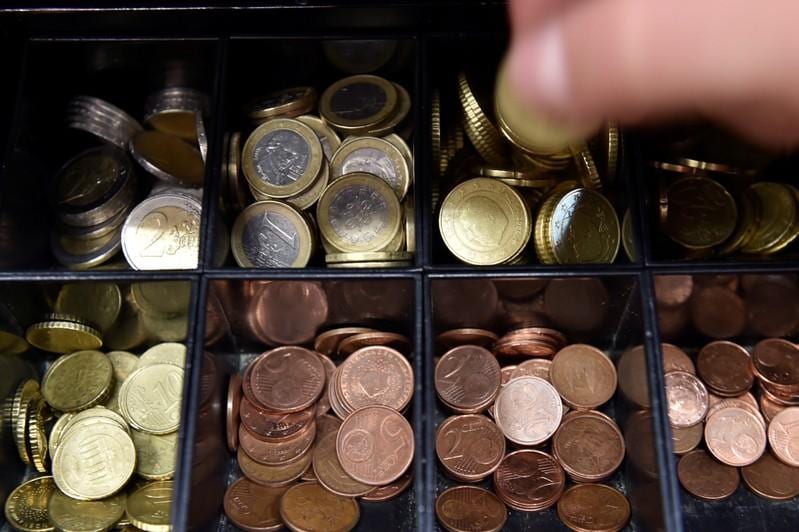 By Jan Strupczewski and Gavin Jones

BRUSSELS/ROME (Reuters) - The European Commission took the first step on Wednesday toward disciplining Italy over its expansionary 2019 budget after Rome refused to change it, raising the stakes in a dispute that has alarmed the whole euro zone and could eventually lead to fines.

The Commission said the Italian draft increased the 2019 structural deficit, which excludes one-offs and business cycle swings, by 1.0 percent of gross domestic product rather than cut it by 0.6 percent as required by EU laws.

Italy also would not trim its huge debt in a "a particularly serious case of non-compliance" with the rules, the Commission said, warranting the launch of an excessive deficit procedure.

Italy's debt, at 131 percent of GDP, is proportionally the second highest in the euro zone after Greece's. Under EU rules it should be falling every year towards 60 percent, but the Commission said it would be stable for the next two years.

"The opening of a debt-based excessive deficit procedure is thus warranted," Commission Vice President Valdis Dombrovskis told a news conference. "In a situation of very high debt, Italy is essentially planning significant additional borrowing, instead of the necessary fiscal prudence."

Italy believes its borrow-and-spend policy - which the Commission regards as profligate - would boost economic growth, helping reduce the country's debt ratio, while reducing unemployment, which was at 10.1 percent in September.

Italian Prime Minister Giuseppe Conte, scheduled to meet Commission President Jean-Claude Juncker on Saturday, said on Wednesday that the government was convinced the budget was excellent and in the interest of Italy and Europe.

Economy Minister Giovanni Tria and Deputy Prime Minister Luigi Di Maio also made some conciliatory remarks that Rome and the EU had the same objectives and would seek a shared solution.

"We want the same thing: to reduce the debt," Di Maio said on Facebook. Tria said Italy believed the "moderately expansionary" budget was needed to counter a slowdown in the economy and that he would "continue dialogue with the Commission to seek a shared solution in our mutual interests".

But with memories of the sovereign debt crisis that nearly destroyed the euro still fresh, the Commission noted - like all euro zone finance ministers this month - that problems in Italy could affect all other countries sharing the single currency.

The chairman of euro zone finance ministers, Mario Centeno, speaking in The Hague, reiterated that euro zone governments supported the Commission and would discuss Italy's controversial draft budget at their next meeting in December.

The Commission believes Italy's 2019 budget will not boost growth as expected by the eurosceptic government in Rome.

"The impact of this budget on growth is likely to be negative in our view. It does not contain significant measures to boost potential growth, possibly the opposite," Dombrovskis said. "With what the Italian government has put on the table, we see a risk of the country sleepwalking into instability."

In Rome, the government of the right-wing League and the anti-establishment 5-Star Movement remained defiant.

"We are convinced about the numbers in our budget. We will talk about it in a year's time," Deputy Prime Minister and League leader Matteo Salvini told reporters. Fines against Italy would be "disrespectful", he added.

Before any financial sanctions, the Commission needs to get backing for its view from the EU's deputy finance ministers in the next two weeks, and then from the finance ministers, probably at their next meeting in January.

This is highly likely, given the joint statement of all euro zone finance ministers that backed up the Commission against Italy earlier in November.

In December, the Commission will prepare recommendations for Italy to cut the debt and a deadline to take action within three to six months to be endorsed by ministers in January.

Only if Italy then fails to comply would financial sanctions kick in.

Italy's borrow-and-spend plans have boosted its borrowing costs to 3.523 percent for the benchmark 10-year bond, and their spread over German paper has more than doubled this year.

But the bonds rallied on Wednesday, pushing two-year yields down as much as 23 bps as markets shrugged off the Commission's rejection of Rome's draft budget and focused on the possibility of compromise between the two sides.

"The uncertainty and the rising interest rates are taking their toll on the Italian economy. Also it hinders the ability of Italian banks to lend to Italian companies and households at affordable cost," he said.

(Reporting by Jan Strupczewski and Gavin Jones; Additional reporting by Bart Meijer in The Hague; Editing by Mark Heinrich and Hugh Lawson)