By Johan Ahlander and Simon Johnson STOCKHOLM (Reuters) - Estonia is investigating allegations linking Swedbank to suspicious transactions in the country involving Danske Bank, Estonia's state prosecutor said on Wednesday. Danske is being investigated in its home market of Denmark, Estonia, Britain, France and the United States over some 200 billion euros ($226 billion) in payments from Russia, ex-Soviet states and elsewhere that were found to have flowed through its Estonian branch. 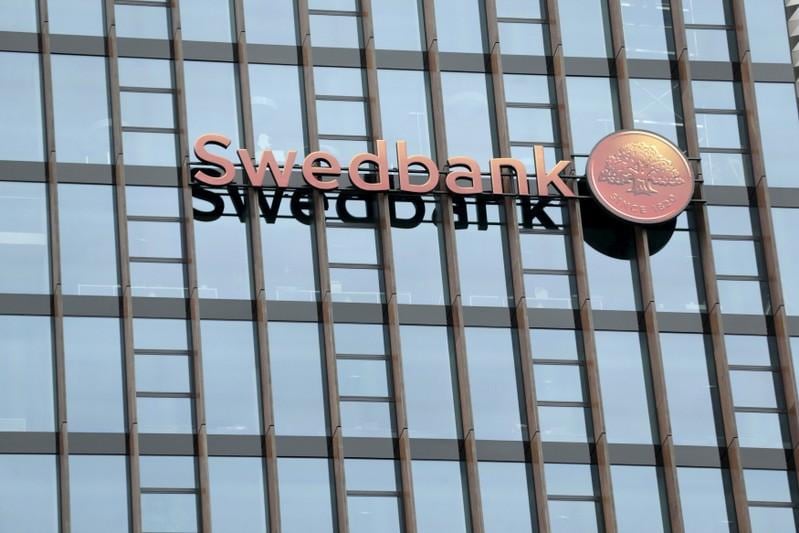 By Johan Ahlander and Simon Johnson

Danske is being investigated in its home market of Denmark, Estonia, Britain, France and the United States over some 200 billion euros ($226 billion) in payments from Russia, ex-Soviet states and elsewhere that were found to have flowed through its Estonian branch.

A Swedish television programme said it had uncovered documents indicating at least 40 billion Swedish crowns ($4.30 billion) had been transferred between accounts at Swedbank and Danske in the Baltics between 2007 and 2015.

"We can confirm that, as the published information relates to Danske Bank, we are checking out the claims as part of our Danske investigation," a spokeswoman at Estonia's state prosecutor's office said on Wednesday.

The Estonian Financial Supervisory Authority said Danske had not operated in isolation in the financial system and that its transactions necessarily involved banks in other EU countries, not all of which were suspect.

"This does not automatically mean (or exclude) that a bank receiving payments in a possible money laundering operation has committed a crime or has breached the bank's requirement to know its client and identify suspicious circumstances," it said in the statement.

Swedbank CEO Birgitte Bonnesen said during a telephone conference that she was comfortable with the safeguarding systems that had been in place throughout the years and that it had reported everything it had discovered.

"We do everything we can and we do it constantly," she said. "We are a big retail bank. We are not a bank that focuses on a small number of non-resident customers that have a specific business model."

However, she said she could not guarantee that the bank had been able to pick up everything.

"Was there any risk that a payment in 2007 slipped through? Yes, there is a risk," she said.

Swedbank shares were down 13.6 percent when the Stockholm Stock Exchange closed at 1630 GMT, the biggest daily drop for the share since the financial crisis.

Shares in Swedish peer SEB, which also has a big operation in the Baltics, fell 4.2 percent and Nordea shed 1.8 percent. Handelsbanken shares were unchanged.

Swedish Financial Markets Minister Per Bolund the allegations could damage the reputation of the Swedish banking sector.

He said banks that could not guarantee compliance with money laundering and financing of terrorism rules in high risk countries "should really question whether you should be in that kind of market".

In a brief statement the Swedish Financial Supervisory Authority said it took money-laundering very seriously but that it could not comment on individual cases.

"Swedbank has made assurances that it has taken strong measures and has reported suspicious transactions to the relevant authorities," it said.

Bonnesen has repeatedly said that the bank, the biggest lender in the Baltic countries, has found no ties in external or internal investigations to Danske Bank or other money-laundering operations in the region.

The Swedish Financial Supervisory Authority said it had no comment on the report at present.

The TV programme said that transactions by 50 of Swedbank's clients should have raised red flags as they were companies with no visible operations, had unknown beneficial owners or were represented by suspected "goalkeepers" - people who only provide a front for an organisation.

"The investigation covers more than 1,000 of Swedbank's clients in high-risk countries who are known from the money laundering scandal in Danske Bank," broadcaster SVT said on its website.

Danske Bank was ordered on Tuesday by Estonian authorities to shut down its operations in the country within eight months and the bank said it would leave Russia and the Baltics altogether.

(Additional reporting by Helena Söderpalm in Stockholm and Tarmo Virki in Tallinn; Editing by Keith Weir and David Evans)