By Herbert Lash NEW YORK (Reuters) - Global equity markets slid on Friday as investors sought direction after this week's U.S. Federal Reserve meeting and a jump in coronavirus cases in Europe rattled sentiment, while gold rose and safe-haven buying lifted the Japanese yen. The dollar was on track for its fifth straight day of declines against the yen as Japan's monetary policy of yield curve control pushes up real interest rates 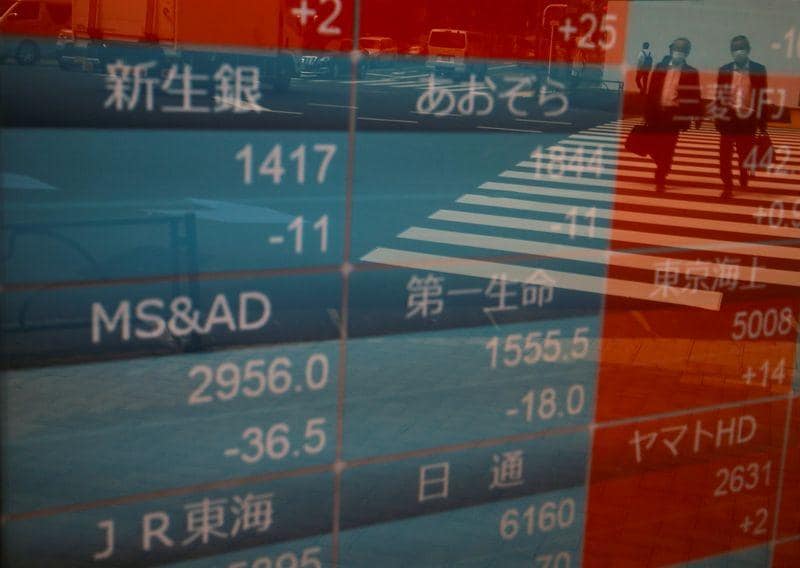 The dollar was on track for its fifth straight day of declines against the yen as Japan's monetary policy of yield curve control pushes up real interest rates.

"The diplomatic tug of war is not being resolved," said Boris Schlossberg, managing director of FX strategy at BK Asset Management. "The tensions are heightening rather than easing. That's not something the market likes to see."

Worries about rising coronavirus cases and a patchy economic recovery weighed on sentiment. An expected rotation into value stocks from growth and momentum has yet to fully materialize, said Yousef Abbasi, global market strategist at StoneX.

"There really isn't a value sector that's positioned to take the reins and lead," Abbasi said. "There's a lack of a catalyst to force people to look more seriously at value as leadership."

A resurgence in coronavirus cases is the biggest threat to the recovering euro zone economy, according to a Reuters poll of economists, who say growth and inflation are more likely to cause negative surprises over the coming year than positive ones.

Roughly 30 million people have been infected by the virus worldwide and more than 900,000 have died, triggering some of the deepest recessions on record and disrupting global supply chains.

"The COVID-19 infection rate in Europe has gotten pretty bad," said Tom Martin, senior portfolio manager at Globalt Investments in Atlanta. "The implications are that it's difficult to curtail the virus."

Investors ignored a report that showed U.S. consumer sentiment increased in early September, with Democrats more upbeat about the economy's outlook compared with Republicans ahead of the Nov. 3 presidential election.

No major economic data was expected until the release of September's unemployment report on Oct. 2, leaving investors without a compass.

U.S. Treasury yields were little changed near the middle of recent trading ranges as government-bond investors once again took their cue from equity markets.

Copper touched its highest in more than two years as speculators extended their buying spree on the economic recovery in top metals consumer China while the dollar weakened.

China has been a major beneficiary of investment flows as the country is the most attractive market for asset managers with cash to allocate, according to fund flow tracker EPFR.

Stocks overnight in China made their strongest gains in three weeks, with the CSI300 index <.CSI300> adding 2.2%, led by financial companies.

Gold prices gained, buoyed by a weaker dollar and concerns over the economic recovery that were underscored on Thursday by the elevated weekly U.S. jobless claims data.

Oil prices settled little changed after a Libyan commander said a blockade of Libya's oil exports would be lifted for a month, while the decline in U.S. equities weighed on futures.