Emerging markets brought the bears, now they have the bulls

By Marc Jones LONDON (Reuters) - This weekend marks a year since the start of one of most comprehensive global bear markets on record, but just as the developing world's equity indexes were first to fold last year, now they are leading the charge back up. Although there are a few subtleties this time, it largely fits with a pattern that stretches back decades. During the global financial crisis, emerging market stocks dropped the 20 percent that defines a 'bear' market three weeks sooner than the main global indexes and started to bounce back four months earlier 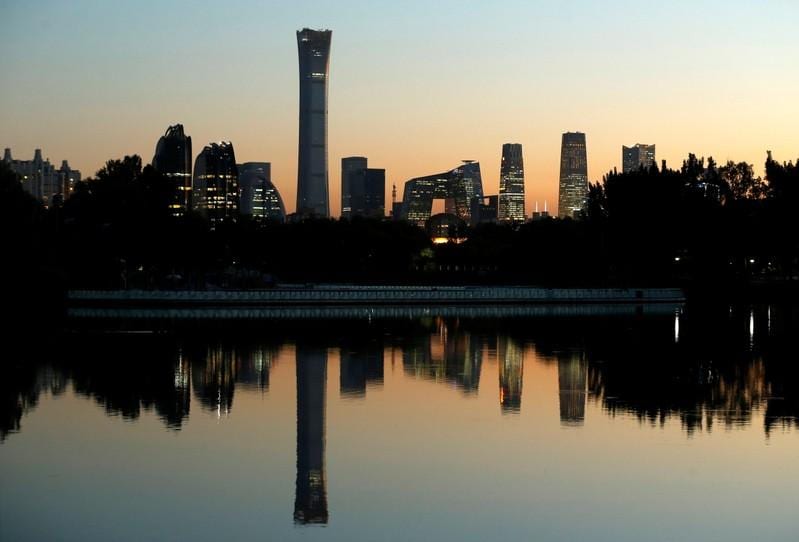 LONDON (Reuters) - This weekend marks a year since the start of one of most comprehensive global bear markets on record, but just as the developing world's equity indexes were first to fold last year, now they are leading the charge back up.

Although there are a few subtleties this time, it largely fits with a pattern that stretches back decades.

During the global financial crisis, emerging market stocks dropped the 20 percent that defines a 'bear' market three weeks sooner than the main global indexes and started to bounce back four months earlier.

It was a similar story in 2016 and when the dot-com bubble deflated in 2000. Back then EM also started to fall three weeks earlier, took less than a third of the time to reach bear territory and bottomed out 11 months sooner.

"You just have more volatility and a faster moving investor base in emerging markets," said Kiran Nandra-Koehrer at Pictet Asset Management. "So when fear tends to take over the market that can be a really interesting buying opportunity."

Last year's rout saw EM and global indexes actually start their slides within hours of each other. But there were still plenty of familiar patterns to observe.

China's heavy falls and even bigger hits for the likes of Turkey meant MSCI's EM index was a bear market by September, whereas the all world index held out until Christmas.

U.S. tech bulls were still pushing the S&P 500 and Nasdaq to record highs up until late September and early October. At that point China was down 30 percent, EM overall had lost 23 percent and Turkey and Argentina had already troughed.

But EM has led the rebound too. MSCI EM began to claw up at the end of October, two months earlier than the world index.

Analysts at Bank of America Merrill Lynch reckon funds have been putting money into EM stocks for the last 15 weeks and this month the index is up 7 percent, which is nearly as much as it surged last January before buckling so badly.

Another remarkable symmetry is that almost a year to the day since the bears first attacked, Turkish stocks have came full circle and achieved 'bull market' status - 20 percent up from their lows.

It has been Brazil that has really set pace in that respect though.

Its main stock market started to rebound from a 20 percent drop in June and was already a bull market by the time far-right but reform-focused Jair Bolsonaro won the first round of presidential elections in early October. Brazilian stocks are now up 40 percent from their lows and at an all-time high.

"If we are right that U.S. macro is in reasonable shape and at least in some areas trade dialogue between the U.S. and China will improve and Chinese authorities will be more aggressive with stimulus... then it should be a constructive year for EM."

All aboard the emerging market express: https://tmsnrt.rs/2S2mPX1