It was one of those rare days when Mauni baba had decided to talk.

"What man Chidu you send these guys to the Reserve Bank and suddenly they decide to have a mind of their own," he told Chidu, who was busy thinking about new ways to send out income tax notices to tax payers.

"Yes sir. I had great faith in the professor. But the first thing he did was raise the repo rate," replied Chidu.

"It is the R effect," explained Mauni baba. "First Reddy, then Rao and now Rajan. All from the South of the Vindhyas. And I thought Sikhs were a rebellious race. You know sadda haq aithe rakh and all that." 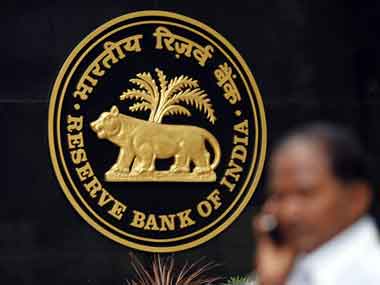 "Yes, the three Rs were so humble and docile while they were in Delhi," said Chidu. "Wonder what happened to them as soon as they landed in Mumbai."

"Next time we will appoint my man Monty to the post," said Mauni baba. "At least he will listen to me and stay silent."

"Also, we should move the Reserve Bank to Delhi, then it will be easier to keep the governors under control."

"Brilliant idea sir ji," responded Chidu. "There is too much independence in the Mumbai air. "

"Nana ji, you know na I am studying economics at the University of Chicago."

"Oh, yeah, your mother told me, but given that I have a country to run, I keep forgetting," replied Mauni baba.

"Really?" said the granddaughter. "But I just heard Chidu uncle telling someone on the phone that you only do what Madam asks you to do."

"Arre beta. What are you saying? You must be mistaken. I did not say anything like that," said Chidu, looking very embarrassed, as he got up from his chair.

"Kya yaar Chidu. Sit down. Don't worry. I have seen everything. I don't get upset too easily," said Mauni baba trying to reassure Chidu.

"So beta why do you think Rajan uncle has done the right thing?" asked Chidu, trying to divert attention from his gaffe.

"Uncle, one of my professors told us about Milton Friedman and his views on inflation. In fact, he quoted a paragraph out of Friedman's book Money Mischief - Episodes in Monetary History."

"And do you remember that paragraph?" asked Chidu.

"Oh yes I do. Like all good Indian students, I am good at ratta maar."

"So what did Friedman write?" asked Mauni baba. "Tell us about it beta."

""The recognition that substantial inflation is always and everywhere a monetary phenomenon is only the beginning of an understanding of the cause and cure of inflation...Inflation occurs when the quantity of money rises appreciably more rapidly than output, and the more rapid the rise in the quantity of money per unit of output, the greater the rate of inflation. There is probably no other proposition in economics that is as well established as this one," is what he wrote," came a long wielding response from the granddaughter.

"Wooh!" that was fantastic. What memory," exclaimed Chidu. "Reminded me of Amitabh Bachchan."

"Sir. The little speech reminded me of what Bachchan once said."

"What did he say?" asked Mauni baba.

"You see the whole country of the system is juxtapositioned by the hemoglobin in the atmospherebecause you are a sophisticated rhetorician intoxicated by the exuberance of your own verbosity."

"My name is Antony Gonzalves," said Chidu, breaking into a jig.

"Shut up. The girl is trying to make a point," said a rather irritated Mauni baba.

"Haan beta. So what were you saying?"

"Nanu, I just said that inflation is a monetary phenomenon, which means as the money going around in the financial system increases, so does inflation."

"That's right. And how can we control it?" asked Mauni baba, as the economist in him suddenly woke up.

"We can control inflation by raising interest rates."

"And the Reserve Bank has done the correct thing by raising the repo rate or the rate at which it lends to banks."

"At higher interest rates people will borrow lesser given the higher EMIs they will have to pay."

"And how will that make a difference?"

"Since people will borrow lesser, they will spend lesser as well. This will mean that a lower amount of money will chase goods and services, and that will bring inflation under control."

"Wow!" blurted out Chidu. "Another economist in the family."

Mauni baba was impressed. But he had to tell her the truth.

"Well beta. This needs a little more explaining," he told her.

"Please tell me, I am all ears," said the granddaughter.

"Yes. Exactly like that. During the same period, the fiscal deficit of the government has risen by 327% from Rs 1,26,912 crore to Rs 5,42,499 crore. Fiscal deficit, as you would know, is the difference between what a government earns and what it spends."

"Yes. So?" asked the granddaughter.

"The government makes up for this difference by borrowing money. With the mammoth increase in fiscal deficit, it has had to borrow more and more. This has crowded out the private borrowers."

"I know where you are getting at," said the granddaughter with a huge smile on her face.

"A large part of inflation has been because of food. In fact, half of the inflation over the last five years has been because of a rise in food prices. As per the latest wholesale price inflation numbers, the price of onion has risen by 323% in the last one year. Vegetable prices during the same period went up by 89.37%. Fruits were up at 13.54%. And all in all food prices were up by 18.4% in comparison to the same period last year."

"So the RBI cannot do anything about inflation. It does not matter if they hike repo rate or not," explained Mauni baba.

"Interest rates will not fall unless the government controls the fiscal deficit. And onion prices won't fall unless Power Man wants them to."

"So why don't you just control the fiscal deficit Nanu?" asked the granddaughter.

"Well, that is for Madam to decide."

"Beta, we are running many programmes for the poor. And that is why our fiscal deficit is high," said Chidu.

"Yes, I know all about those subsidies. You offer subsidies to those who drive diesel cars and people who use cooking gas cylinders. Since when did they become poor?" asked the granddaughter.

"Not like that beta. We offer food subsidies to the poor."

"Oh yes, I read about that Chidu uncle. You sell food through the public distribution system where more than 40% of the food gets siphoned off."

"Beta, Madam has a vision for this country. You are too young to understand that, now you should go and let your Nanu and me discuss serious economic matters." The granddaughter soon left the room.

"She will turn out to be an excellent economist one day," Mauni baba said proudly with a big smile on his face.

"Well. And what was all that you were telling her?" asked Chidu, a tad irritated.

"All this bit about the government being responsible for inflation and the Reserve Bank not being able to do anything about it."

"I am going to go and tell her and the shehzada everything."

"What you are not afraid if I go and complain to Madam?" asked Chidu, not being able to figure out how Mauni baba continued to be so jovial.

"Chidu, I thought you were a smart man."

"Mauni baba," said Chidu. "But what's that got to do with this?"

"Are you really that dumb?" asked Mauni baba. "Well who is going to believe you when you go and tell them that I spoke for as long as I did."

"I think you have been spending too much time in Delhi. It's time to go to Mumbai, Chidu," said Mauni baba, having the last laugh.