The government offer to New Delhi was made recently, a high-ranking commerce ministry official told the Dawn. The MFN status means abolishing the negative list of 1,209 items. 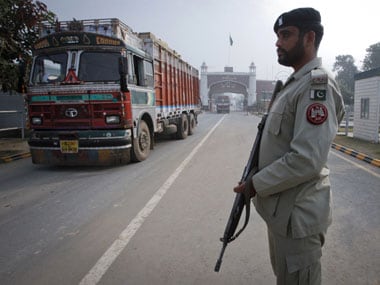 In 2012, the Pakistan People's Party government opened up the Pakistani market for Indian products, but the deal could not be closed fully in view of last year's general elections.

"Now that India itself is going for elections, the PML-N (Pakistan Muslim League-Nawaz) government thinks it is a good time for closing the deal with the Congress-led government," it said.

Now, any progress would depend on New Delhi's response, the official added.

The change of heart in the Pakistani government on the MFN issue was "mostly because of domestic factors", it said.

Dawn said interviews with relevant people reveal that the trade deal would only enhance Punjab-to-Punjab trade.

Commerce Minister Khurram Dastagir Khan said the Wagah border in Punjab would be declared a dry port by the end of February.