Is Murthy's return a failure of Infosys' leadership development plan?

Is N R Narayana Murthy going back on his own word by coming back to Infosys in a leadership role and putting his son Rohan Murthy in the role of the executive assistant?

"We must trust him so long as he does not extend the agenda. Now he will have to decide what to do with the young leaders - there he has an unfinished agenda,"Mohandas Pai, Chairman of Manipal Global Education, said. 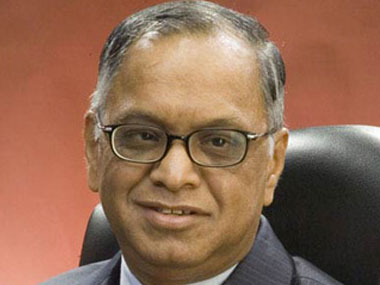 Speaking to Sagarika Ghose on CNN-IBN, he said, "When a company faces a crisis it has to break its own rules. In extraordinary circumstances it could be allowed."

"The leadership was not inspirational enough to lead the change. The breach in the leadership is filled with Murthy coming in," he said.

According to corporate affairs expert Shriram Subramanian, this move would turn out to be a potential disaster for the company.

"Shouldn't they look at their own leadership development programme? The board is admitting to a failure. That is the perspective that the board should have looked at - that it has to survive the future onslaught. It is like abondoning the leadership from within Infosys," he said.

Sumant Sinha of ReNew Power Ventures also said that this move by Narayana Murthy did not speak very highly of the work culture and leadership building in Infosys.

"A lot of Indian companies are promoter driven. For them to take the roundabout is a little shameful. For them to not find a solution (to the problem of leadership) is not very good," he said.

According to Santosh Nair, Editor of moneycontrol.com, Murthy's move would not dilute the Infosys brand as he is a brand in himself and he could revive the falling fortunes of the IT company.

However, Shriram Subramania did not agree and said, "This (the reinstatement of Murthy) is not a sudden event. But this was a leadership dearth from a long time back. This is a setback for Infosys from the perspective of the leadership development programme."