Budget 2015 offers FM Jaitley a chance to unleash some bold reforms. Will he?

By NC Hegde and Jimit Devani

The Narendra Modi government was elected to power with a clear mandate to improve the overall state of the economy. Thus, there is huge amount of expectations from all constituents, right from the common man to the investor and the business community.

It was clear from last year’s Budget that the government did not have enough time to lay their footprint on the economic policies that they intended to pursue. Now with enough time on hand, for a full-fledged budget, expectations are again, understandably, hitting the roof. 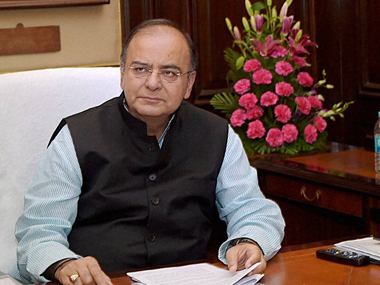 The budget also comes in at a time when oil prices, which are a bug bear for the Indian economy, are low and the country seems to be a bright spot among the emerging economies.

Clearly the government has been working hard to try and iron out various policy issues.

However, the budget has always been looked upon as the most important annual statement of the government in regard to the policy making.

This coupled with the fact that in recent times, an adversarial regime for tax has been cited as the reason for investors shying away from India puts further pressure on the government to take some bold steps in the Budget.

Undoubtedly, the focus of the government is likely to be to announce policies which are stable and sustainable in long term.

A lower tax regime used to be the budget expectation some years back. Today, with maturity among markets and investors, the expectation has swayed towards a more stable, investor friendly and non-adversarial tax regime.

Finance Minister Arun Jaitley has on record on several occasions, mentioned that the government is working towards a non-adversarial and non-aggressive tax regime.

Some of the expectations from direct tax perspective are as under:

Boost to the manufacturing sector

The ‘Make in India’ campaign is the centerpiece of the government’s bid to revive manufacturing activities, attract investors and create job opportunities. To boost this initiative, an initial moratorium / tax deferral period for micro, small and medium enterprises and new entrepreneurs could be explored.

Further, to provide a level playing field with global competitors and to reduce dependence on imports, it is expected that companies exploring manufacturing activities in India will be incentivised.

Foreign investors want an investor friendly and non-adversarial tax regime. In order to achieve tax certainty in transfer pricing issues, the scope of safe harbor rules could be expanded and the mark-ups reduced to attract foreign investors. The government could look at some innovative dispute resolution measures to ensure disputes are resolved faster. The Tax Administration Reforms Commission has some excellent suggestions in that regard and the government could look at implementing some of those.

Tax rationalization / widening of tax base

Based on the fiscal budget deficit scenario, it is unlikely that there could be reduction in the corporate tax rates. However, the focus of the government is to widen the tax base and also ensure that it garners far greater number of taxpayers which is commensurate with the number of high net worth individuals in the country.

Measures to tackle the scourge of tax evasion

Given the flak that the government is facing on not doing enough to uncover tax evasion, there is an expectation that some more measures would be announced to tackle this menace. The present penalties and prosecution provisions do not seem to an adequate deterrent and that is something that the government may be looking at correcting.

The expectations are high. Hopefully, with favourable macro-economic factors such as lower inflation, lower crude prices, stable currency and the positive sentiment among businesses, both in India and outside this Union Budget could be the best chance for the finance minister to unleash some bold steps and come out with a progressive, reformist and a growth oriented budget.

As William Shakespeare says in Julius Caesar "The fault, dear Brutus, is not in our stars but in ourselves".