By Mumal Rathore and Shrutee Sarkar BENGALURU (Reuters) - The European Central Bank will raise rates in the second half of next year, according to a Reuters poll of economists, who were confident that will be before the next economic downturn. Euro zone growth outpaced that of its major peers last year for the first time since the 2007-08 financial crisis 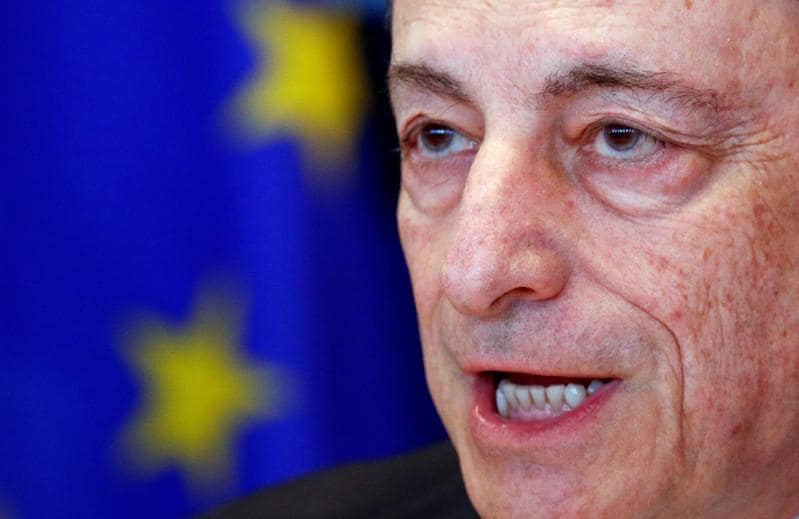 BENGALURU (Reuters) - The European Central Bank will raise rates in the second half of next year, according to a Reuters poll of economists, who were confident that will be before the next economic downturn.

Euro zone growth outpaced that of its major peers last year for the first time since the 2007-08 financial crisis. But the latest poll of more than 100 economists, taken July 10-18, suggests growth momentum has already peaked.

An escalating trade row between the United States and its trading partners remains a real risk to the euro zone and has prompted many economists to trim their growth forecasts.

Gross domestic product growth was forecast to average 2.1 percent this year, 1.8 percent next and 1.6 percent in 2020, slightly lower than the 2.2 percent, 1.9 percent and 1.7 percent predicted, respectively, last month.

Still, more than 70 percent of economists - 51 of 69 - who answered an additional question said they were confident the ECB would hike rates before the next economic downturn. Eighteen economists said they were not.

"We are reasonably confident that the ECB will raise rates before the next downturn, but the risk of this not happening has clearly risen with the accelerating trade war, which has come amidst signs of slowing growth momentum," said Elwin de Groot, head of macro strategy at Rabobank.

The U.S.-led trade spat has also pressured the European Commission and International Monetary Fund to cut their forecasts for euro zone economic growth this year.

Still, when asked about the likelihood of a euro zone recession in the next 12 months, the median response from nearly 60 economists was only 10 percent.

"The big picture is that the economy is doing quite well, the ECB is going to continue painting a pretty positive picture of the economy and continue to highlight the downside risks," said Jack Allen, senior economist at Capital Economics.

"It would take a very big increase in protectionism for us really to think that the euro zone economy would grind to a halt," he added.

But the probability of a recession in the next two years was 25 percent, with the most pessimistic call at 80 percent.

"Significant risks due to interaction of escalating trade tensions with negative repercussions on sentiment, mounting risk of a U.S. recession and political woes in the European Union may dampen sentiment while domestic activity loses momentum," said Martin Wolburg, economist at Generali Investments.

Germany's economic growth was expected to average 2.0 percent this year and 1.9 percent next, lower than 2.4 percent and 2.0 percent, respectively, in the April poll. It was a similar move for France and Italy.

Still, the ECB was forecast to raise the deposit rate by 15 basis points to -0.25 percent in the third quarter next year, before President Mario Draghi's term ends in October 2019.

The refinancing rate was forecast to rise to 0.25 percent in the fourth quarter of 2019, despite tepid inflation forecasts for this year and next.

While the latest data showed inflation in the currency bloc rose to the ECB's target, it was mainly driven by volatile energy prices.

Euro zone inflation was forecast to average 1.6 percent this year and next, and 1.7 percent in 2020, similar to last month's poll.