ECB to cut rates in September, QE 2.0 still on the cards - Reuters poll

By Richa Rebello BENGALURU (Reuters) - The European Central Bank will cut its deposit rate in September after signalling a bias to do so this month, according to economists in a Reuters poll who do not expect a turnaround in the euro zone's economic fortunes any time soon. Major central banks on both sides of the Atlantic are under pressure to ease monetary policy to keep inflation expectations from collapsing amid slowing global growth, increased trade protectionism and weak economic data. 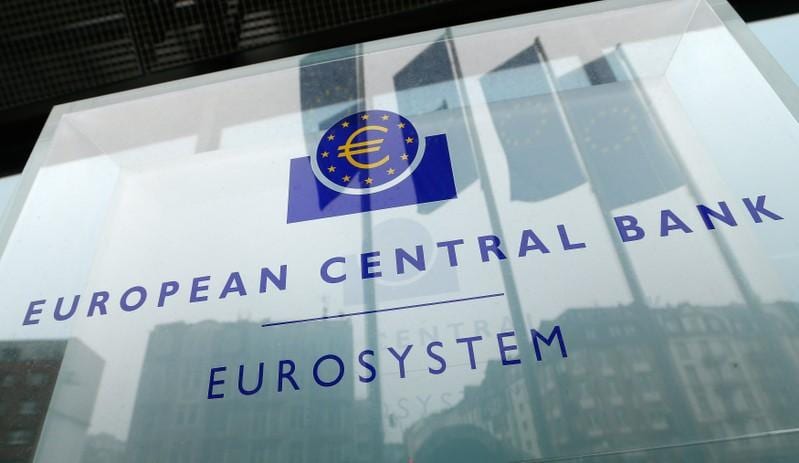 BENGALURU (Reuters) - The European Central Bank will cut its deposit rate in September after signalling a bias to do so this month, according to economists in a Reuters poll who do not expect a turnaround in the euro zone's economic fortunes any time soon.

Major central banks on both sides of the Atlantic are under pressure to ease monetary policy to keep inflation expectations from collapsing amid slowing global growth, increased trade protectionism and weak economic data.

When asked what the ECB was likely to do at its July meeting, two-thirds of economists said the central bank would change its forward guidance towards easing.

With inflation well below the central bank's target and not predicted to pick up soon, the ECB is expected to cut its deposit rate by 10 basis points to an all-time low of -0.50% in September.

"We don't think it will be enough to get inflation back on track towards target. Clearly a 10-basis point move in interest rates doesn't move the dial really," said Andrew Kenningham, chief Europe economist at Capital Economics.

"But the Governing Council will want to signal that they can do more. This ... may have some marginal impact on monetary conditions. But no, I don't think it will be enough."

Indeed, the July 4-17 Reuters poll of over 100 economists showed the outlook for euro zone growth and inflation -- and for most major economies in the region -- was at best left unchanged or downgraded compared to previous surveys.

At 1.3%, euro zone inflation is lower than where it stood when the central bank stopped its 2.6 trillion euro (£2.3 trillion) asset purchase programme in December.

While a majority of economists do not expect the ECB to relaunch asset purchases -- known as quantitative easing, or QE -- this year, nearly 40% of the respondents expected it to do so, up from about 15% last month.

"A rate cut won't do. While we do think that the ECB will cut rates, we mostly see this as a policy move that will precede the restart of QE," said Daniele Antonucci, chief euro-area economist at Morgan Stanley.

TIME TO PUSH AHEAD

Quarterly economic growth is set to have slowed to 0.2% last quarter and the consensus points to only a 0.3-0.4% rate of expansion in each quarter through to the end of next year.

Inflation, which the ECB targets at just below 2%, is forecast to average 1.3% this year and is not expected to hit the target at any time in the forecast horizon which runs through to 2021.

That is likely to give the ECB reason to push ahead with stimulus as hinted at in President Mario Draghi's speeches over the past month.

ECB board member Benoit Coeure said as much in a speech on Wednesday.

The backdrop for the ECB, as for many other global central banks easing policy or considering it, is the U.S.-China trade war and the ructions it has caused. The euro zone is particularly exposed as its economy relies heavily on exports.

"I would say the dominant story remains one of trade uncertainty and that will likely dampen the prospects of recovery over the coming six months or so," said Bert Colijn, a senior economist at ING.

All but four of 63 economists who answered a separate question said International Monetary Fund Chief Christine Lagarde, who is due to replace Draghi after he leaves in October, would continue with the current policy stance.

"I think she's not uncomfortable being in this position ... because she has been a clear supporter of unconventional policy," said Frederik Ducrozet, strategist at Pictet Wealth Management.

(Analysis and polling by Tushar Goenka and Manjul Paul; Editing by Ross Finley and Catherine Evans)