By Belén Carreño MADRID (Reuters) - The ECB has expressed concerns over reports that Spanish bank BBVA hired a former police chief in 2004 to spy on a would-be buyer and some of its officials have discussed it with the bank, a source with knowledge of the situation told Reuters. Another source briefed about the case confirmed that top European Central Bank officials were concerned and monitoring the situation, and wanted BBVA to be fully transparent and take any necessary measures. Last week, online media Elconfidencial.com and Moncloa.com, said that BBVA had hired ex-police chief Jose Manuel Villarejo's firm, Grupo Cenyt, in 2004 to investigate a senior government official and officials of construction company Sacyr as part of efforts to stop a takeover bid 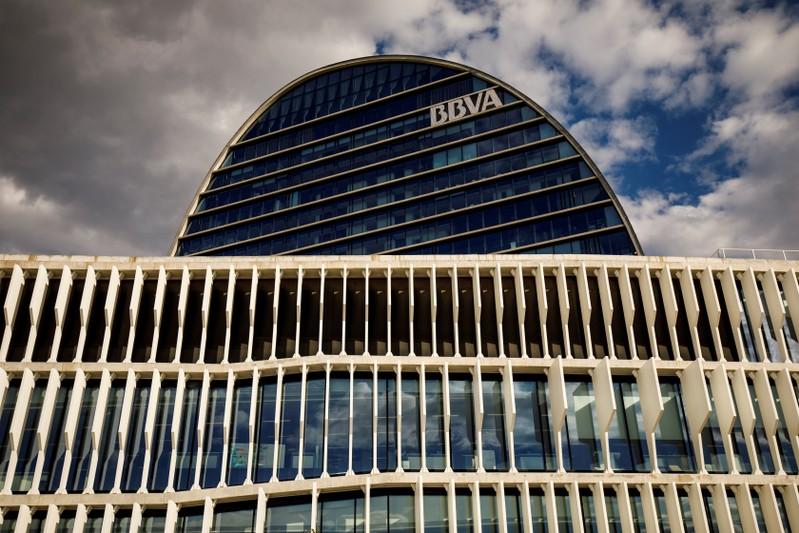 Another source briefed about the case confirmed that top European Central Bank officials were concerned and monitoring the situation, and wanted BBVA to be fully transparent and take any necessary measures.

"The ECB does not like that," said one of the two sources. It said officials in a supervisory team had raised the issue with BBVA as part of regular contacts, including the question of the possible reputational risk.

The source said the ECB would not be able to take any action because the officials in charge at the time at BBVA were not in an executive position anymore.

The second source said the ECB, which supervises banks throughout the euro zone, would ask for a "transparent investigation" and for the bank to take any necessary measures.

BBVA said last week that in June 2018 it started its own investigation into its relations with Grupo Cenyt.

BBVA executive chairman Carlos Torres on Monday sent a letter to bank employees saying he was shocked by the reports.

"If true, it would be undoubtedly extremely serious, deplorable behaviour, radically opposed to what we are and what we stand for, and, ultimately, to the values ​​of BBVA that move us every day," he said in the letter, published on the bank's website.

"The investigation so far has verified that Grupo Cenyt carried out different services to the bank, but no documentation has been found related to the monitoring and intervention of private communications that the media has reported since January 9," he said, adding the bank had decided to broaden the scope of its probe following the reports.

Francisco González, who was executive chairman at the time, is now honorary chairman. He could not immediately be reached for comment.

Spanish market regulator CNMV told Reuters it was monitoring the situation and the impact it could have.

The situation has also come onto the radar of rating agencies. "We are monitoring this to see if there is any sanction or any other impact," said Luigi Motti of S&P Global Ratings.

Sacyr launched a takeover bid for BBVA in 2004 but it was not successful.

Villarejo's lawyer said the former police chief told a court on Thursday in a separate case that he would next week say "everything he knows," including about BBVA.

When asked on Wednesday about the spying reports, Economy Minister Nadia Calvino told reporters: "Any situation that could harm the reputation of a financial institution is a serious issue, but it is a matter that is handled by judicial investigation, which will determine responsibilities."