Drink at your own risk: Air India serving milk in used plastic bottles

Next time you fly Air India, think twice before ordering milk on board. Chances are they may serve unpasteurised milk, that too stored in used plastic bottles.

The national carrier has stopped buying tetra packs, says a report in The Times of India. Reason? It had no money to pay the milk supplier and defaulted.

So instead, Air India devised this strategy. It procures milk from local vendors, who do not sell in tetra packs. Also by no stretch of imagination can their produce be pasteurised. So Air India sells this unpasteurised milk in used plastic bottles, according to the report.

Long-haul flights from Mumbai to the Middle East,Newarkand London have resorted to this practice. 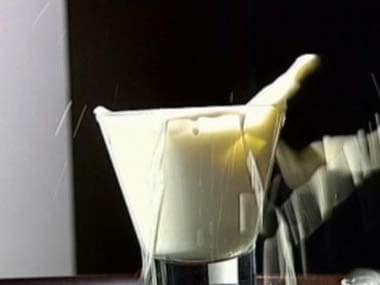 "Unlike milk in tetra packs, which can be served without boiling, this milk needs to be boiled as it is not pasteurized," a flight attendant was quoted by ToI. Since AI aircrafts have no microwave ovens, the milk can't be boiled.

The carrier, which is being used by politiciansas their personal asset, is under heavy financial stress. It is readying to raise Rs 2,000 crore in debt as its wait for a Rs 3,500 crore capital infusion just got lengthier as the government itself is struggling with a wide fiscal deficit. One can't hope its financial strain will end in the near future.

So what innovative cost cutting strategy next, Maharaja?