By Medha Singh and C Nivedita (Reuters) - The S&P 500 and Dow dropped on Thursday as fears of another round of business shutdowns to contain a surge in coronavirus cases overshadowed data pointing to a declining trend in weekly jobless claims. However, Amazon.com , Microsoft Corp and Apple Inc helped the tech-heavy Nasdaq reverse earlier losses to hit another record high. The United States saw more than 60,000 new COVID-19 infections on Wednesday, setting a single-day global record while Florida and Texas reported a record one-day increase in deaths 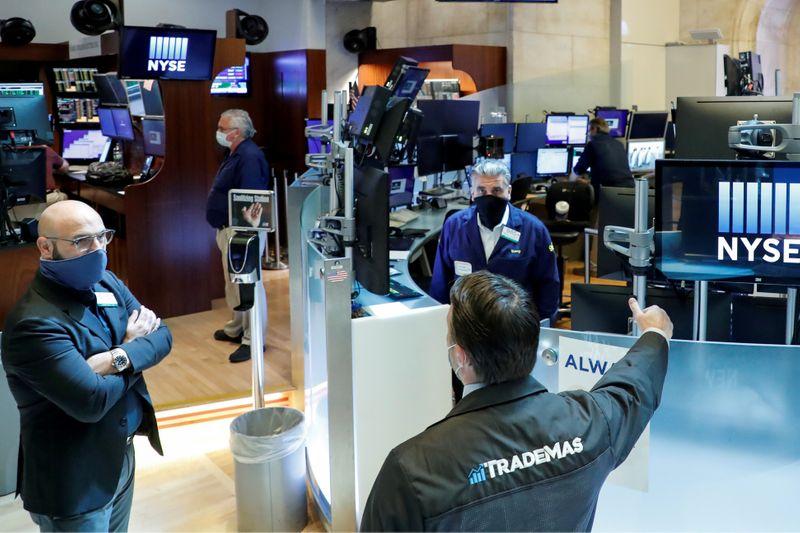 By Medha Singh and C Nivedita

(Reuters) - The S&P 500 and Dow dropped on Thursday as fears of another round of business shutdowns to contain a surge in coronavirus cases overshadowed data pointing to a declining trend in weekly jobless claims.

"We need consumers and businesses to be engaged in a recovery - shutdown or no shutdown - and the news of increased spread of the virus weighs on consumer psychology and sentiment," said Willie Delwiche, investment strategist at Baird in Milwaukee.

"The market has rallied in anticipation of progress being made on the economy and today is a step back from that."

A batch of upbeat economic data including the record pace of job additions in June has underscored that the stimulus-fueled domestic economy was on the path to recovery.

The benchmark S&P 500 has risen more than 40% from its March lows and is now about 7.8% below its February record high. The Nasdaq notched a record close in the prior session and the Dow is about 13.6% from its own February all-time peak.

U.S. stocks had opened higher after data showed the number of Americans filing for jobless benefits dropped to a near four-month low last week, but a record 32.9 million people were collecting unemployment checks in the third week of June.

Cyclical energy <.SPNY> and financials <.SPSY> lost the most ground among the 11 major S&P sectors.

The S&P index recorded 31 new 52-week highs and one new low, while the Nasdaq recorded 107 new highs and 28 new lows.

(Reporting by Medha Singh and C Nivedita in Bengaluru; Editing by Shounak Dasgupta and Maju Samuel)