By Gertrude Chavez-Dreyfuss NEW YORK (Reuters) -The Dow and the S&P 500 ended higher, soaring to all-time highs on Wednesday, as investors piled into financial and industrial stocks on bets a Democratic sweep in Georgia would lead to more fiscal stimulus and infrastructure spending. 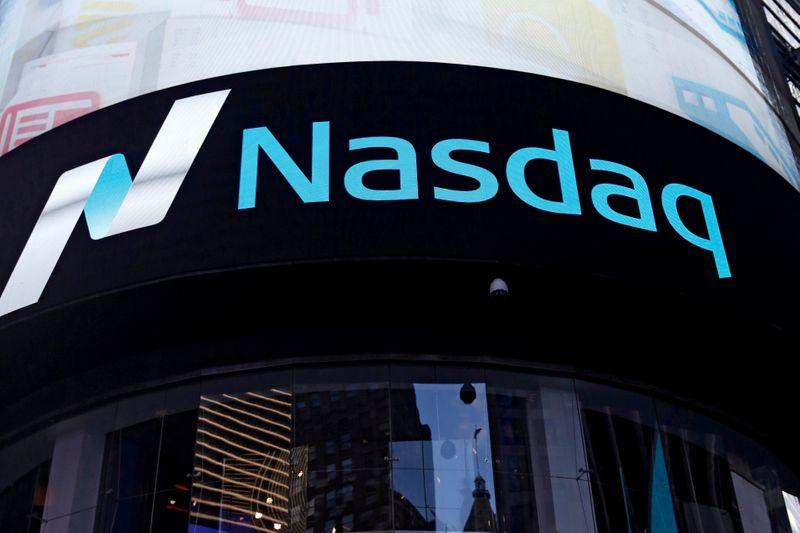 NEW YORK (Reuters) -The Dow and the S&P 500 ended higher, soaring to all-time highs on Wednesday, as investors piled into financial and industrial stocks on bets a Democratic sweep in Georgia would lead to more fiscal stimulus and infrastructure spending.

But Wall Street pared gains and the Nasdaq index closed lower after swarms of protesters stormed the U.S. Capitol on Wednesday as they sought to force Congress to undo President Donald Trump's election loss to Joe Biden. Police in the U.S. Capitol on responded with drawn guns and some tear gas.

"It hasn't been a sharp market drop. There have been buyers coming in as well. This is a bit shocking visually to see this unfold on television for investors," said Tim Ghriskey, chief investment strategist at Inverness Counsel in New York.

Before the pro-Trump protests, financials hit a 1-year high and were still higher on the day, while materials, industrial and energy sectors held their gains.

Democrats won one U.S. Senate race in Georgia and led in another, moving closer to a surprise sweep in a former Republican stronghold that would give them control of Congress and the power to advance President-elect Joe Biden's policy goals. A final outcome is not expected until later on Wednesday.

A Democrat-controlled Senate, meanwhile, typically ushers in increased fiscal spending while raising the chances of tax hikes and tougher regulation, and would be a net positive for economic growth globally and thus for most risk assets.

"People are focused on the stimulus that will come," said Tom Martin, senior portfolio manager, at GLOBALT Investments in Atlanta. "The question is how big will that be and what would be contained in it. But anytime you have additional money to be spent, that's a positve for the markets."

The Russell 1000 value index, which is heavily weighted toward cyclical sectors, rose, while the growth index, with a large tech company weighting, was down.

Tesla Inc was the only major technology stock trading higher.

Hopes of a vaccine-powered economic recovery in 2021 pushed Wall Street's main indexes to record highs in late-December, with sectors that had previously lagged, including banks, industrials and energy, fueling the rally.