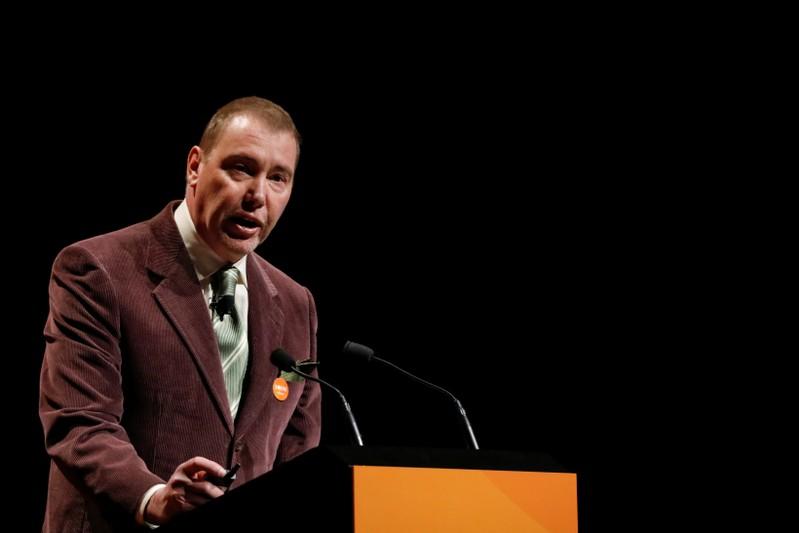 The yield on the 10-year Treasury note

Gundlach told Reuters he was still forecasting 6 percent on the 10-year yield by the next presidential election or a year after.

"I first made that statement in July 2016 when the overwhelming consensus view was the 10-year was soon headed to 1 percent," he said. "So the observation is right a little over two years later with 10s a little over 3 percent."

He added: "My 6 percent by 2021 call is perfectly on track. No reason at all to change it. A move soon to higher yields would be signalled by the 30-year closing two days in a row over 3.25 percent."

Last week, Gundlach likened debt-financed U.S. budget deficits to Miracle-Gro plant food and remarked that the benefits of the ballooning deficit, stemming from tax cuts, were not permanent. On Wednesday, Gundlach said, "The deficit is insane. A truly strong economy produces a fiscal surplus."