New Delhi: The DoT will write fresh letters to telecom companies questioning them about the variation in AGR dues assessed by firms themselves and its own calculations, according to a source.

The move assumes significance as the amounts paid by telcos so far, even those who have announced full and final settlement, is significantly less than DoT's AGR estimates.

Bharti Airtel recently submitted over Rs 18,000 crore to DoT declaring it has made full and final settlement towards its AGR liabilities but the amount is far less than over Rs 35,000 crore that DoT estimates the company owes it. 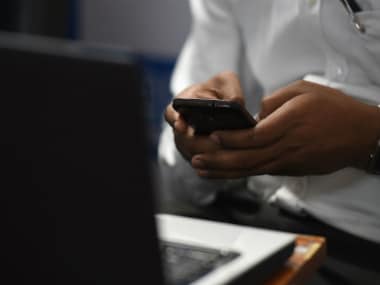 Similarly, Tata Teleservices has paid Rs 2,197 crore in AGR dues whereas DoT estimated the liabilities to be about Rs 14,000 crore.

Vodafone Idea has so far deposited Rs 3,500 crore in two tranches to DoT but is still assessing its full dues.

A source privy to the development said DoT will issue fresh letters to telcos seeking an explanation on variation or discrepency between DoT's calculations and dues received from companies as final settlement.

The Department of Telecom (DoT) has also asked all telecom companies to furnish names of their MDs and their addresses, sources said adding this had been a requirement of the court which wanted those details.

On Saturday, telecom operator Bharti Airtel said it has made payment of Rs 8,004 crore towards adjusted gross revenue (AGR) dues to the government, an amount over and above Rs 10,000 crore it has already paid.

The amount of Rs 8,004 crore includes Rs 3,004 crore towards full and final settlement on AGR dues based on self assessment, and a deposit of buffer Rs 5,000 crore to cover DoT's reconciliation differences.

"Based on the aforesaid payment we have now complied with AGR judgement and the directions in the order of the Supreme Court dated October 24, 2019," Airtel had said in a regulatory filing.