By Anirban Sen and Noor Zainab Hussain (Reuters) - DoorDash Inc said on Monday it is aiming to raise up to $2.8 billion in an initial public offering (IPO), which could double the value of the U.S. food delivery startup and be one of 2020's largest public market debuts 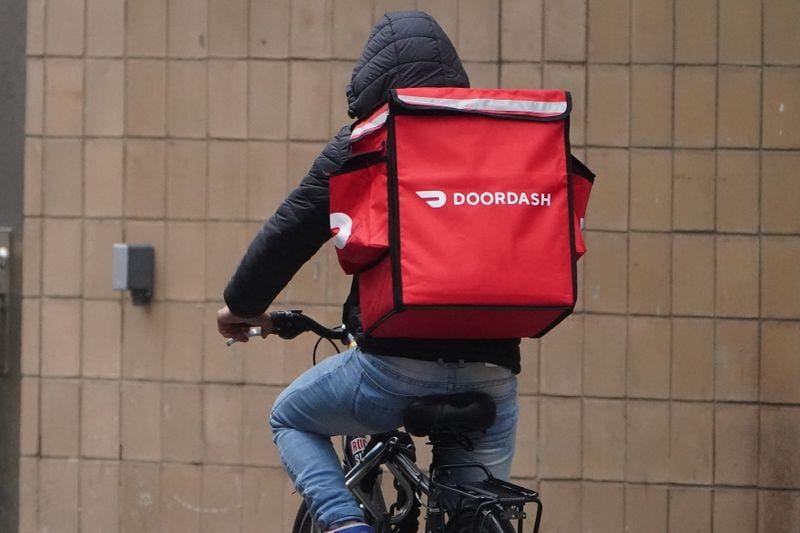 (Reuters) - DoorDash Inc said on Monday it is aiming to raise up to $2.8 billion in an initial public offering (IPO), which could double the value of the U.S. food delivery startup and be one of 2020's largest public market debuts.

DoorDash, the biggest U.S. third-party delivery company for restaurants, plans to sell 33 million shares priced between $75 and $85 apiece, it said in a regulatory filing.

At the top of its target range, the IPO would give DoorDash a fully diluted valuation - which includes securities such as options and restricted stock units - of $31.96 billion, nearly double the $16 billion DoorDash was worth in a June private fundraising round. DoorDash's market capitalization at $85 per share would total $27 billion.

pandemic, as well as anticipation of continued investor demand for new stocks which promise growth.

Companies have raised over $140 billion in the United States so far in 2020, making it the biggest year ever for IPOs, according to data from Dealogic.

DoorDash and rivals Uber Eats , Grubhub Inc and Postmates Inc have benefited from a surge in demand for food delivery services due to widespread COVID-19

The company posted a surge in revenue growth in 2020 and its first quarterly profit, it disclosed in its IPO filing earlier this month.

A number of big Silicon Valley names including Palantir Technologies Inc , Snowflake Inc and Unity Software Inc have gone public this year, riding on a stock market rally in the second half of the year fueled by stimulus money and hopes of an effective vaccine to end the pandemic.

DoorDash's IPO and a planned listing by home rental startup Airbnb Inc are set to make December a busy period for IPOs unlike in previous years and mark a strong finish to a blockbuster year for new listings.

San Francisco-based DoorDash plans to float its shares on the New York Stock Exchange under the ticker 'DASH' on Dec. 9. It had confidentially filed for an IPO in February.

Goldman Sachs and J.P. Morgan are the lead underwriters for the offering.

(Reporting by Anirban Sen and Noor Zainab Hussain in Bengaluru and Chibuike Oguh and Joshua Franklin in New York; Editing by Saumyadeb Chakrabarty and Lisa Shumaker)