By Herbert Lash NEW YORK (Reuters) - The dollar posted its worst week in almost four months on Friday, pummelled by sterling and euro rallies driven by a deal on Britain's departure from the European Union, while China's weakest growth in nearly three decades weighed on equities. The dollar crept lower against the euro as the common currency enjoyed a lift from hopes a Brexit deal could improve the odds of the euro zone avoiding a recession. 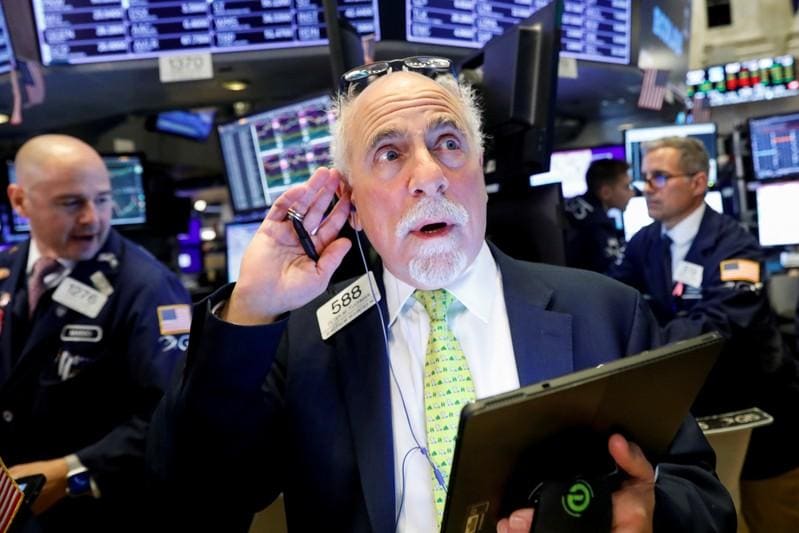 NEW YORK (Reuters) - The dollar posted its worst week in almost four months on Friday, pummelled by sterling and euro rallies driven by a deal on Britain's departure from the European Union, while China's weakest growth in nearly three decades weighed on equities.

The dollar crept lower against the euro as the common currency enjoyed a lift from hopes a Brexit deal could improve the odds of the euro zone avoiding a recession.

Dismal manufacturing data and worries the U.S.-China trade war could slow euro zone economies even further have rattled the euro this year, while fears of a disorderly Brexit had slammed sterling until a week ago.

"We can easily tell what's driving the euro, and that's a potential Brexit deal. We're going to find out this weekend whether this is going to turn into a realty or whether it's a pipe-dream," said Paul Mendelsohn, chief investment strategist at Windham Financial Services in Charlotte, Vermont.

British Prime Minister Boris Johnson confounded his opponents on Thursday by clinching a new deal with the EU, even though the bloc had promised it would never reopen a treaty agreed on last year.

Parliament will vote Saturday on a deal that could lead shares in British-oriented businesses, such as housebuilders and retailers, to rocket to record highs if approved. Investors also predict the pound could rally about 5%.

Michael Hewson, chief market analyst at CMC Markets in London, said however members of parliament cast their vote, the Brexit saga is unlikely to be over.

"If MPs do hold their noses and vote for the deal, at least we can move on to phase 2 which is negotiating the new relationship over the next 14-month transition period," he said.

Wall Street also edged lower on worries about the global economy following China's GDP data and J&J after it moved to recall a batch of baby powder.

J&J shares fell 6.2% while Boeing slid 6.79% after it turned over messages from 2016 between two employees that suggest the aeroplane maker may have misled U.S. aviation officials about a key safety system on the grounded 737 MAX.

Euro zone bond yields rose a day before the Brexit vote. Yields have generally pushed higher since Irish and British leaders said a week ago they saw a path to a deal, boosting risk appetite and eroding demand for safe-haven assets such as bonds.