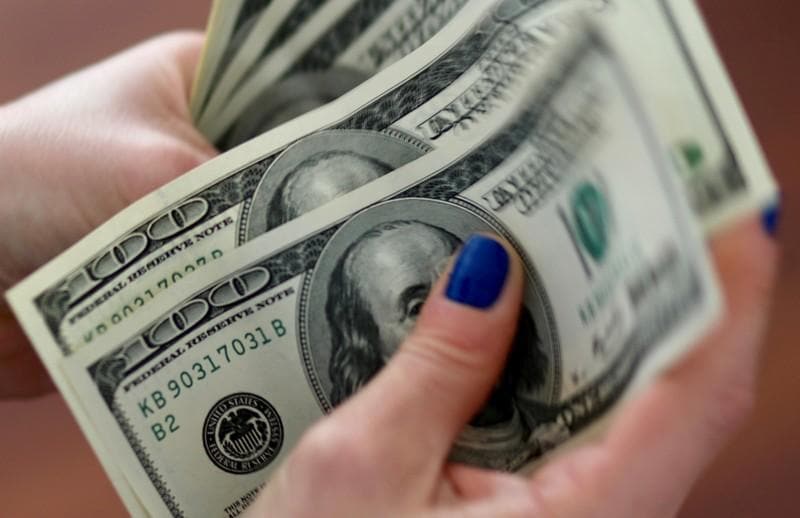 NEW YORK (Reuters) - The dollar edged higher on Wednesday on news that a "phase one" U.S.-China trade deal may not be completed this year, raising the prospect of another hike in tariffs and spurring safe-haven demand.

Reuters reported on Wednesday that the completion of a "phase one" U.S.-China trade deal could slide into next year, citing trade experts and people close to the White House, as Beijing presses for more extensive tariff rollbacks and the Trump administration counters with heightened demands of its own.

The United States would raise tariffs on Chinese imports if no deal is reached with Beijing to end a trade war, President Donald Trump said on Tuesday, threatening an escalation of the spat that has damaged economic growth worldwide.

The mood in markets was further soured after the U.S. Senate angered China by passing a bill requiring annual certification of Hong Kong's autonomy and warning Beijing against suppressing protesters. China demanded the United States stop interfering in its internal affairs and said it would retaliate.

"It is the same theme that is coming back today, which is essentially the trade tensions between the U.S. and China," said Minh Trang, senior FX trader at Silicon Valley Bank. "There is a little bit stronger rhetoric today and it is kind of pushing the market into a more of a risk-off zone."

Increased trade tensions between Washington and Beijing have generally been supportive of the dollar as investors view the United States to be in better shape than other economies to weather a trade war.

On Wednesday, trade-exposed currencies weakened, with the Australian dollar down 0.44% versus the U.S. dollar

Minutes of the U.S. Federal Reserve's last policy meeting, released on Wednesday, showed an increasingly divided central bank and offered little in the way of clues to the future path of U.S. interest rates.

"After three consecutive rate reductions, the mid-cycle adjustment is over," Bob Miller, BlackRock’s head of Americas Fundamental Fixed Income, said in a note.

"Beyond that, without the added detail that comes with the quarterly meetings containing the Summary of Economic Projections, and with Chair Powell’s testimony before Congress last week somewhat superseding the messaging, the new information contained in these minutes was limited," Miller said, referring to Fed Chairman Jerome Powell.