By Lewis Krauskopf NEW YORK (Reuters) - The U.S. dollar pulled back from year-high levels on Thursday after U.S. 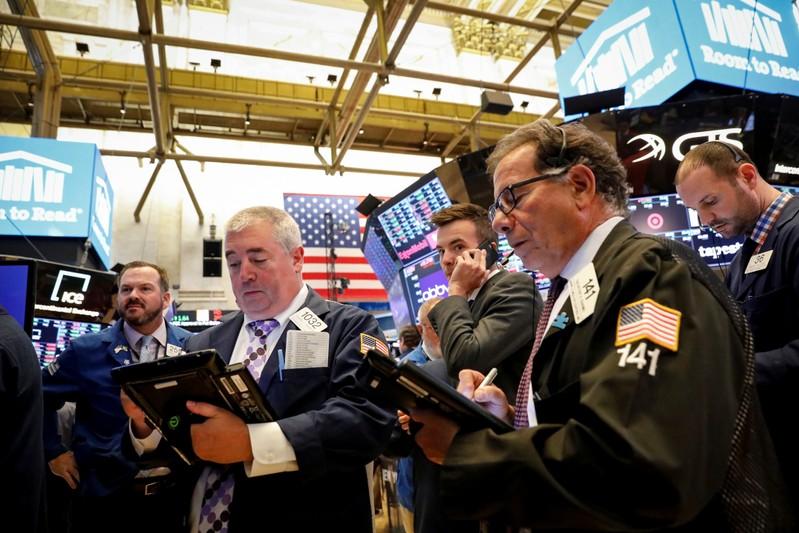 A slide in metals prices, including copper falling to a year low, also rattled investors.

Trump told CNBC television that he was unhappy about the Federal Reserve's decision to hike interest rates, saying he was concerned about their potential impact on the U.S. economy and American competitiveness.

The dollar fell from a one-year peak against a basket of currencies to trade just slightly higher after Trump's comments, while the greenback also gave back some of its gains against the Chinese yuan, which had earlier dropped to a one-year low against the dollar.

"We suspect the President's comments on U.S. interest rates and currency markets will almost likely put an end to the dollar rally," said Viraj Patel, FX strategist at ING in London.

“In general, there is a slight uneasiness to the market today in the midst of what has been a constructive rally now for most of the year,” said Rick Meckler, partner at Cherry Lane Investments in New Vernon, New Jersey.

“Most of the concerns people have are generalized political concerns," Meckler said. "The global markets - currencies, bonds and stocks - have been in a bit of a range because of those concerns.”

In another heavy day of corporate results, declines in eBay

The U.S. yield curve flattened, close to levels not seen in 11 years, as upbeat data on the jobs market and business activity reinforced the view of further interest rate increases from the Fed.

Other metals such as zinc

Global benchmark Brent crude dipped as concerns about mounting supply returned after a brief rally earlier in the session on comments that Saudi Arabia's exports would fall in August.