By Stanley White TOKYO (Reuters) - The dollar edged up from a three-month low on Wednesday, as investors dialled back expectations for aggressive U.S. rate cuts next month but broader conviction the Federal Reserve will need to ease policy soon capped greenback gains 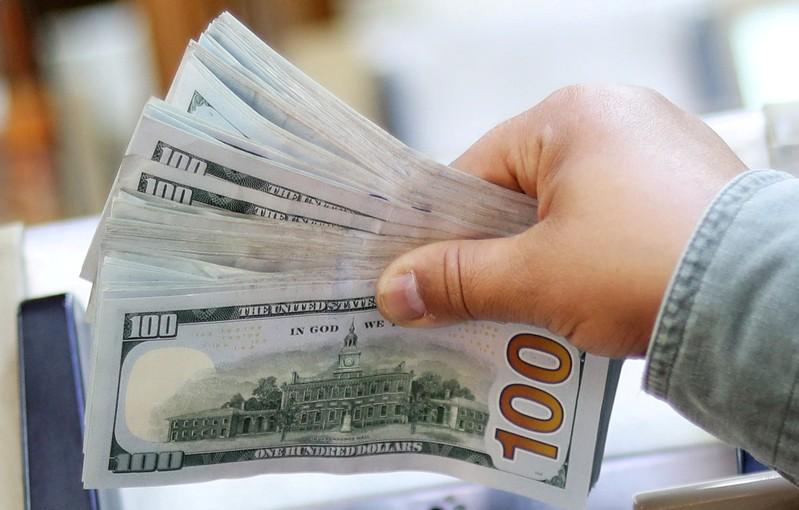 TOKYO (Reuters) - The dollar edged up from a three-month low on Wednesday, as investors dialled back expectations for aggressive U.S. rate cuts next month but broader conviction the Federal Reserve will need to ease policy soon capped greenback gains.

Fed Chairman Jerome Powell on Tuesday stressed the central bank's independence from U.S. President Donald Trump, who is pushing for aggressive rate cuts. While this hosed down expectations for a half percentage point cut at the Fed's July meeting, investors are still expecting at least a quarter percentage point reduction.

The dollar index against a basket of currencies stood at 96.176 on Wednesday, just above a three-month low of 95.843 touched on Tuesday.

The yen traded near its highest versus the dollar in more than five months and is likely to edge higher as military tensions between the United States and Iran boost demand for safe-haven currencies.

However, trading is likely to subdued as the focus shifts to a meeting between Trump and Chinese President Xi Jinping at a Group of 20 summit over the weekend, but expectations are low for a breakthrough that would end the dispute between the world's two-largest economies.

"Powell is worried about curbing excess expectations, but Treasury yields are clearly heading lower and U.S. economic data are not looking great. A rate cut in July is a done deal."

Interest rate futures traders are now pricing in a 33% chance of a 50 basis point cut at the Fed's July meeting, down from 38% earlier, while a cut of at least 25 basis points is seen as certain, according to the CME Group's FedWatch Tool.

Despite the slight moderation in Fed cut hopes, benchmark 10-year U.S. Treasury yields slipped below 2% due to worries about a prolonged U.S.-China trade war.

The U.S. currency was little changed at 107.16 yen after falling to 106.77 yen, its lowest since its flash crash in early January.

The British pound traded at $1.2690, stuck near a session low before the Bank of England publishes its closely-watched quarterly inflation forecasts later on Wednesday.

The BoE has said rates would need to rise in a gradual fashion as long as Britain avoids a no-deal exit from the European Union.

However, sterling remains dogged by concerns that eurosceptic Boris Johnson will become Britain's next prime minister, increasing the chance of a no-deal Brexit.