By Herbert Lash NEW YORK (Reuters) - The dollar bounced off two-year lows and a gauge of global equity markets stopped marching toward a record high on Friday, as slightly better-than-expected data on U.S. job growth in July also snapped big rallies in gold and the euro. A U.S 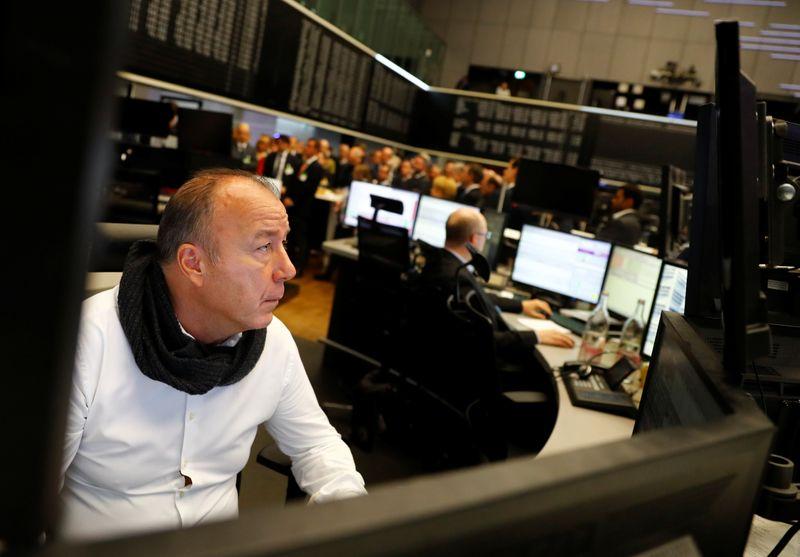 NEW YORK (Reuters) - The dollar bounced off two-year lows and a gauge of global equity markets stopped marching toward a record high on Friday, as slightly better-than-expected data on U.S. job growth in July also snapped big rallies in gold and the euro.

A U.S. Labor Department report showed employment growth slowed considerably from June amid a surge in COVID-19 cases. Though the job numbers topped expectations, the report highlighted the need for the White House and Congress to reach an agreement on a new stimulus bill.

Gold slid 2% to snap its record surge this week above $2,000, the euro fell from highs against the dollar last seen in May 2018 and U.S. Treasury yields rose, halting a downward move that had the benchmark 10-year note poised to fall below 0.5%.

The sell-off was due to profit-taking after the record peaks this week in gold and the tech-driven Nasdaq, as the value of the dollar ebbed, said Axel Merk, president and chief investment officer of Merk Investments LLC in San Francisco.

"We've had such a dramatic move. It's been dollar-centric, call it a profit-taking reversal. I don't think there is a change in environment," said Merk, adding: "I can tell you what's causing this. It's Friday."

Stocks on Wall Street at first meandered, with the S&P 500 and Nasdaq trying to turn positive, without luck.

Financial markets remain focused on the potential passage of another stimulus bill in Congress, but the White House and Democrats appear far apart after nearly two weeks of talks that have failed to produce substantial progress.

Democrats in Congress said on Friday they offered to reduce a proposed coronavirus aid package by a trillion dollars if Republicans would add a trillion to their counter-offer, but the idea was flatly rejected by the White House.

In response, China said the companies complied with U.S. laws and warned Washington would have to "bear the consequences" of its action.

The latest Bank of America fund flow statistics also confirmed the undercurrent of caution in global markets, with investors flocking to cash, gold and investment-grade bonds and switching out of equities.

Oil prices fell more than 1%, pulling back from a week of gains.