By Saqib Iqbal Ahmed NEW YORK (Reuters) - The U.S. dollar edged higher against a basket of currencies on Tuesday, on pace to snap a three-day losing streak as continued lack of clarity about U.S.-China trade talks kept investors cautious. 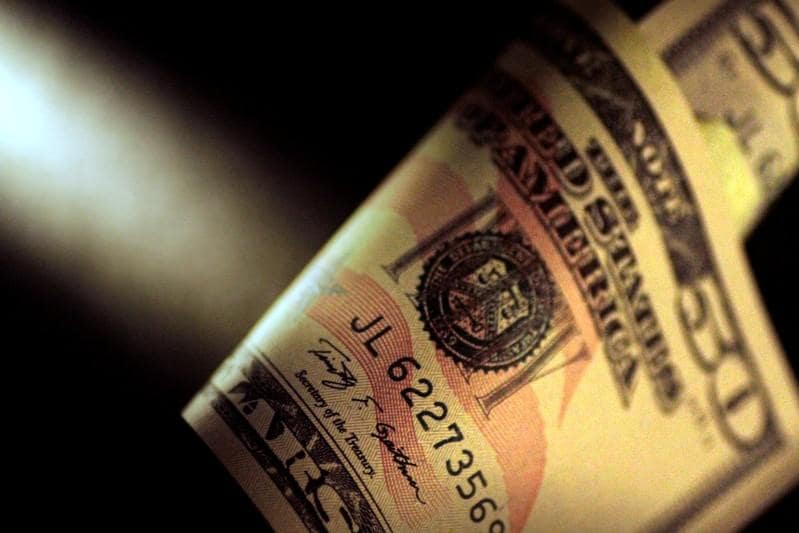 NEW YORK (Reuters) - The U.S. dollar edged higher against a basket of currencies on Tuesday, on pace to snap a three-day losing streak as continued lack of clarity about U.S.-China trade talks kept investors cautious.

The dollar index <.DXY>, which compares the dollar against six major currencies, was up 0.05%. The index had shed 0.6% over the last three sessions.

"It all comes to the uncertainty of trade," said Juan Perez, senior foreign exchange trader and strategist at Tempus Inc.

Expectations had grown that Washington and Beijing would sign a so-called "phase one" deal this month to scale back their 16-month-long trade war, but those hopes received a setback on Monday after CNBC reported that China is pessimistic about agreeing to a deal.

The United States would raise tariffs on Chinese imports if no deal is reached with Beijing to end the trade war, U.S. President Donald Trump said on Tuesday, threatening an escalation of the spat that has damaged economic growth worldwide.

While the dollar was supported by recent U.S. economic data meeting lowered expectations, the greenback may be in for some weakness, said Perez.

"Central banks cannot provide that much to incentivize stocks any higher, thus risk-appetite is muted and the buck may continue to lose based on the fact that the American economy is indeed slower and the Fed's ability to satisfy anyone is in question," Perez said.

Investors are waiting for the release of minutes on Wednesday from the Federal Reserve's latest policy meeting, where the central bank cut interest rates for the third time this year but signalled there would be no further reductions unless the economy takes a turn for the worse.

"I expect some revelation of differing in opinion. Perhaps you'll see mentions of concern that cutting interest rates any further leaves them with very little room to cut if signs of a recessionary economy manifest themselves," Perez said.

Against the Japanese yen, the dollar was 0.12% weaker on the day.

Elsewhere, the Australian dollar fell after minutes from a Reserve Bank of Australia policy meeting showed central bankers considered cutting rates this month. The Aussie however recovered to trade up 0.28% against the greenback.