DHFL crisis: High Court says mortgage financier can provide payments to SBI, other lenders with which it has securitisation deals

Mumbai: The Bombay High Court on 13 November allowed a plea by a group of banks, including the State Bank of India (SBI), seeking to modify its earlier order restraining payments by mortgage financier DHFL to them.

The high court said payments to banks and NBFCs, pursuant to any securitisation or similar agreement, will be allowed.

Financial institutions including the SBI, Union Bank of India, Bank of Baroda, HDFC and others, filed an intervention plea before Justice Menon on November 13, seeking modification of the order.

They claimed that they did not fall within the category of creditors, being owners of assets securitised to the DHFL.

The DHFL was making regular payments before the high court passed the order in October, and if it was not amended, securitised loans may become non-performing assets (NPAs), the plea said. 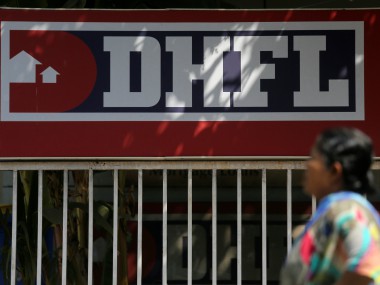 The judge granted the plea, and said payments to banks and NBFCs, pursuant to any securitisation or similar agreement, will be allowed.

The DHFL can make all the future payments as well as those payments that were due since October 10 when the court had passed the earlier order, the judge said.

Last month, the court had extended the restriction on the DHFL from making further payments or disbursements to any unsecured creditors until further orders while granting a plea of Reliance Nippon Asset Management (recently renamed Nippon India Mutual Fund).

Kotak Mahindra Asset Management and Axis Asset Management had also prayed for temporary restraint on the DHFL to prevent it from making further payments to creditors, except certain payments made on a pro-rata basis to secured creditors.

The beleaguered home financier owes Rs 83,873 crore as of 6 July 2019 to banks, the National Housing Board, MFs and bondholders, including retail bondholders. As of 6 July , the DHFL's secured debt was Rs 74,054 crore while the unsecured debt stood at Rs 9,818 crore.

The Wadhawan family, which owns over 39 percent in the company, has been looking at various ways to come out of the stress which first came to light late last year following the IL&FS bankruptcy. These include selling stakes in group entities, including in the flagship to the extent of giving up management control.