By Douglas Busvine and Gwénaëlle Barzic FRANKFURT/PARIS (Reuters) - Huawei faces fresh challenges in Europe after Germany's Deutsche Telekom announced it would review its vendor strategy and Orange said it would not hire the Chinese firm to build its next-generation network in France. The shift by the national market leaders, both partly state owned, follows Huawei's exclusion on national security grounds by some U.S 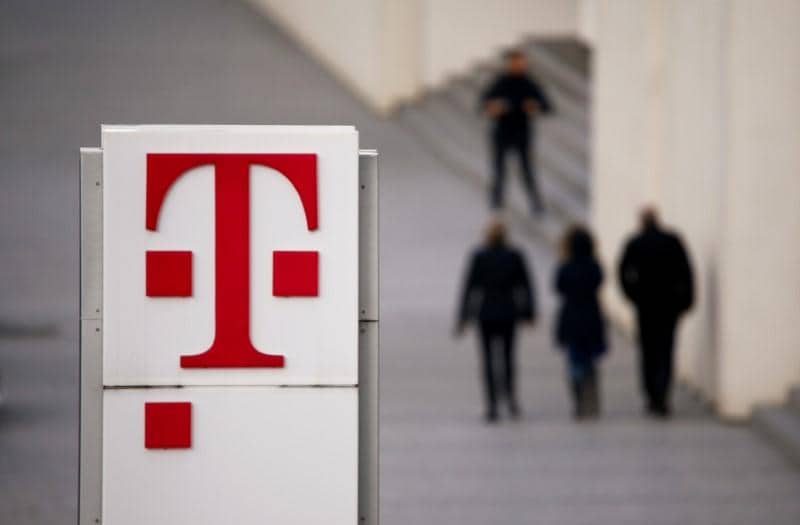 FRANKFURT/PARIS (Reuters) - Huawei faces fresh challenges in Europe after Germany's Deutsche Telekom announced it would review its vendor strategy and Orange said it would not hire the Chinese firm to build its next-generation network in France.

The shift by the national market leaders, both partly state owned, follows Huawei's exclusion on national security grounds by some U.S. allies, led by Australia, from building their fifth-generation (5G) mobile networks.

U.S. officials have briefed allies that Huawei is ultimately at the beck and call of the Chinese state, while warning that its network equipment may contain "back doors" that could open them up to cyber espionage.

The Deutsche Telekom review comes as U.S. regulators scrutinise the proposed $26 billion takeover by its T-Mobile US unit of Sprint Corp, which is controlled by Japan's Softbank.

Softbank, which is days away from listing its wireless unit in Tokyo, plans to replace its 4G network equipment from Huawei, Nikkei has reported.

Huawei says the security concerns are unfounded. Tensions have been heightened by the arrest of Huawei's chief financial officer in Canada for possible extradition to the United States.

"We don't foresee calling on Huawei for 5G," Orange CEO Stephane Richard told reporters in Paris. "We are working with our traditional partners - they are Ericsson and Nokia."

Richard said the security concerns were legitimate: "I absolutely understand that all of our countries, and the French authorities, are preoccupied. We are too."

Responding, Huawei said it was not a supplier to Orange's existing 4G network in France and would not feature in the company's 5G plans in France. Huawei does supply Orange's networks outside France and expects to be involved in 5G there, it said.

Deutsche Telekom, Europe's largest telecoms company, said it was reviewing its vendor plans in Germany and the other European markets where it operates, given the debate on the security of Chinese network gear.

"Deutsche Telekom takes the global discussion about the security of network equipment from Chinese vendors very seriously," the company said in response to a Reuters query.

Telekom already pursues a multi-vendor strategy, relying above all on equipment from Ericsson, Nokia, Cisco and Huawei. "Nevertheless we are reassessing our procurement strategy," it said.

The shift is significant because, German officials have said they see no legal basis to exclude any vendors from the buildout of fifth-generation networks in response to the warnings from Washington.

Economy Minister Peter Altmaier, in an interview with Reuters on Friday, confirmed that stance when asked about the prospect of Huawei building 5G networks in Germany.

"There are no concerns about individual companies," Altmaier said in Berlin. "But each product, each device must be secure if it is going to be used in Germany."

Nearly half of the German company's revenues come, however, from its fast-growing U.S. unit T-Mobile which is hoping to win U.S. approval to take over Sprint in a deal that would create a close challenger to leading duo Verizon and AT&T.

A source at one competitor said: "This looks like an appeasement strategy towards the U.S. government over the Sprint deal."

Other German telecoms players say, meanwhile, that they are continuing talks with Chinese vendors as they draw up proposals to take part in Germany's auction of 5G licences in early 2019.

"We are watching the discussion very closely, but we will not participate in the current speculation," said Telefonica Deutschland, Germany's No.3 operator that has existing relationships with Huawei and ZTE, another Chinese vendor.

United Internet, a potential new entrant that is weighing bidding for a 5G licence, said it was in talks with two vendors on its strategy - one of which is Chinese. A spokesman declined to identify the vendor but according to media reports it is ZTE.

Analysts say German telecoms operators depend heavily on Huawei, meaning it will be hard to rip out and replace its existing gear or to cope without the Chinese company, the world's top network supplier, in building their 5G networks.

"If the Chinese companies are excluded, this would reduce the number of vendors – and that could drive costs higher,” said Hans Schotten of the Technical University in Kaiserslautern.

"For that reason, many operators would be reluctant to do without Huawei."