Deutsche Bank to move assets from London to Frankfurt after Brexit

FRANKFURT (Reuters) - Deutsche Bank said on Monday it would move assets from London to Frankfurt after Britain's planned exit from the European Union next year, in line with demands from British and EU regulators. Deutsche Bank said in a statement it would make Frankfurt rather than London the primary booking hub for its investment banking clients, as per an announcement made last year 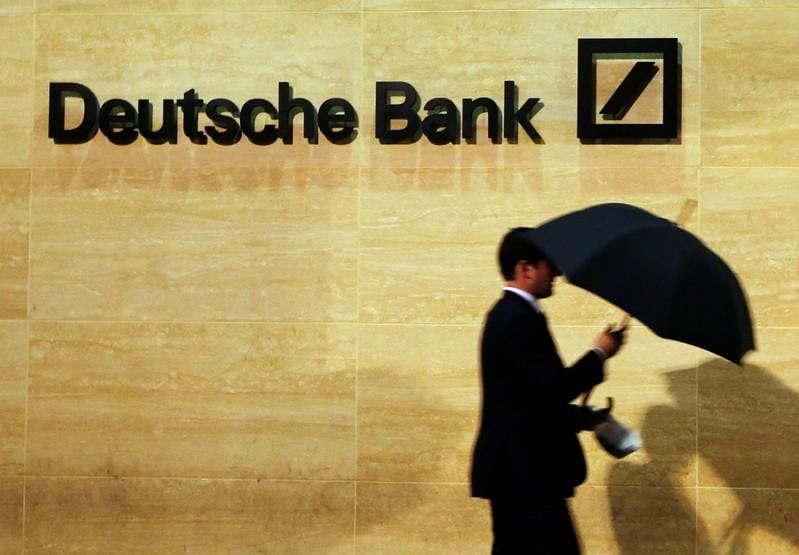 FRANKFURT (Reuters) - Deutsche Bank said on Monday it would move assets from London to Frankfurt after Britain's planned exit from the European Union next year, in line with demands from British and EU regulators.

Deutsche Bank said in a statement it would make Frankfurt rather than London the primary booking hub for its investment banking clients, as per an announcement made last year.

"By definition this involves moving assets from London to Frankfurt, a process which is already underway with the full understanding of UK and EU regulators," it said, declining to specify the volume of asset shifts.

A source familiar with the matter said the European Central Bank, as Europe's main financial supervisor, was putting pressure on banks to shift investment banking activities from London to the continent.

The ECB thereby wants to prevent investment banks setting up empty shells on the continent while still supplying their services from London, the source added.

Regulators are demanding that capital, risk management, governance structures are set up on the continent to support investment banking activities, the person said.

With passporting for financial services off the table Deutsche Bank illustrates what to expect from Brexit, analysts from think-tank Eurointelligence said.

While the least disruptive possibility would have been that only new business would move to the continent, a disruptive option is to actually shift existing portfolios.

"This is not only a major cross-border financial flow in itself but also a huge logistical and legal undertaking for the banks involved, and their clients. Contracts need to be modified, one by one," Eurointelligence said.

According to a report by the Financial Times, Deutsche Bank could over time move about three quarters of its estimated 600 billion euros ($700 billion) in assets from London to Frankfurt.

One option being considered is to shrink the London balance sheet so it ends up being smaller than its U.S. holding company, which has roughly $145 billion of assets, the paper said.

According to a source close to the matter, Deutsche Bank is also considering transforming its UK arm into a smaller, less complex and ring-fenced subsidiary.

Analysts at Eurointelligence said this was costly in terms of capital. "We presume this is because of netting effects between the London and Frankfurt books which would disappear if the London business becomes a separate firm," they said.

Deutsche Bank said while the terms on which banks will operate in the EU and Britain after Brexit remained unclear, the lender plans to operate in the UK as a branch in line with the Prudential Regulation Authority's guidance.