It will be a year on Wednesday (8 November) for Prime Minister Narendra Modi's controversial demonetisation of Rs 500 and Rs 1,000, which pulled out 86 percent of the currency cash in circulation. The only ones who were happy with the move were the digital payments companies as they saw their business rise owing to a scarcity of currency notes.

Paytm, which had full page advertisements in newspapers the very next day congratulating the prime minister, came into focus all of a sudden. The company added 20 million new users in the first 40 days after demonetisation, taking the total number of registered users to 170 million. When people were in a panic mode with the announcement of the note ban, Paytm went ahead and released an advertisement which was telling in its content: Drama bandh karo… Paytm karo (Stop being melodramatic, use Paytm).

A year later, the mad frenzy to go digital has abated somewhat and people have come to terms with the new digital economy. Paytm’s Kiran Vasireddy, Chief Operating Officer (COO) and Senior Vice-President, shares his views on the milestones that the Alibaba-backed company has achieved since 16 December, 2016.

Excerpts from his conversation with Firstpost:

Your views on demonetisation, which sucked out 86 percent of the currency in circulation.

Demonetisation has undoubtedly created a kind of awareness without which digital payments would not have seen the kind of momentum it has had since 8 November, 2016. As a country and economy, we had to go digital simply because there is a huge cost in printing currency notes and in circulating them. Not only is the digital payment system convenient but it is also transparent. Look at it this way: You don’t have to carry your wallet or worry if you have forgotten it or get into quibbles over change. The mobile phone is your wallet now and it is the most convenient form of payment. You use the gadget every day.

How has demonetisation changed the trajectory for Paytm? 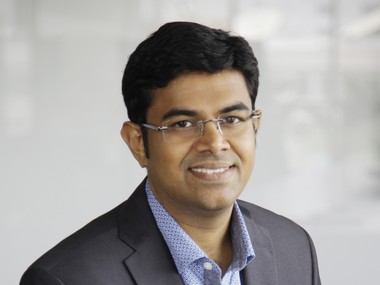 For Paytm, it has been a phenomenal year. We have seen 4x growth. From 110 million users during the pre-demonetisation days, we have seen a phenomenal growth of 270 million plus users. We are seeing this growth also because we are enabling more and more use cases. The number of use cases a year ago was limited and now it is difficult to find one user who doesn’t have Paytm. We are working on making payments seamless and ensuring that there are more users in kirana stores, roadside tea stalls, etc. We want to see more and more of the small and medium merchants (SMEs) adopt our digital mode of payment

We brought personalisation with new product offerings like Lucky Lifafa and a chat feature in our mobile app among other things. We will be introducing more new features in the coming weeks. We are close to becoming a super app that customers can make Paytm a one-stop destination.

A year back we were doing 1.7 million daily transactions and today it is 7.5 to 8 million daily transactions. Ticket sizes vary depending on the use case. It could be Rs 5 for chai and go to Rs 2,500 to electricity to Rs 89,000 to Rs 1.02 lakh for an iPhone. We have onboarded temples for donations and charity starts from Re 1 on the platform. You can even pay in decimal points. We also have parents using Paytm to pay Rs 4 lakh to Rs 5 lakh for school fees.

How much have advertisements helped you, given that you have been aggressive in marketing the brand than many others?

Advertisements have really helped us become a household name. When you have cash and have difficulty in transactions, the merchant or user will say Paytm karo. It has become a slang and a good alternative to cash. Our association with cricket has also helped. We have earned the trust of the users and have emerged as one entity as a player. When large entities come to us, it is because of trust. Advertisements have helped us to grow to the levels we have now.

We would like to position ourselves as the leading player and there is a reason courtesy the Reserve Bank of India (RBI) licence that we will transform the financial sector. Digital payments should be available for those who don’t have cable and are not eligible for loans or an insurance product. We have a target of getting 500 million people to Paytm before 2020.

What kind of strategies did you have to adopt to accommodate the frenzy of people wanting to use digital payments post-demonetisation?

Earlier, it was difficult to onboard local merchants and we had to do a lot of convincing before they would agree to be part of the digital ecosystem. Pre-demonetisation, the push was from our side and post-demonetisation, the rush was from merchants who reached out to us and since then the journey has become easy. We had to onboard offline merchants and kirana wallahs and chaiwallahs. Around 8 lakh merchants were from the SME enterprises and they were local people. It is not about accepting payments alone but also being part of our eco system. A rickshaw wallah and a chaiwallah does not have the equipment needed to go online. They neither have credit or debit cards. Now with Paytm, they have made their first foray into the digital economy and with a gadget like their mobiles they are familiar with. They can use Paytm to top their mobiles, accept and make payments and it has brought a sea change for them in how they do transactions.

We had to aggressively expand our team since demonetisation was a large opportunity. We have not reduced our team post-demonetisation when the frenzy has abated. We will not downsize. There is a lot yet to be done with regard to product offerings – some of which will be announced this week, and to reach the target of 500 million people.

Will you continue to make payment free for merchants?

With Paytm, we introduced a code for each merchant and he did not have buy any device like a Point of Sale (PoS) machine, etc which is expensive. Our code method has helped us to board millions of merchants at no maintenance costs. We truly want to get to millions of merchants and build the overall payment system. Currently we are not charging anything from the small merchants simply because we are not expecting payments to build our margins but other products like financial services, wealth management, will do that for us. We will continue to keep payments aggressive and we were the first one to ensure that people can onboard at no cost and collect payments at no cost.

Has the frenzy abated?

There is no doubt that the weeks following demonetisation was different as that was a panic situation and we cannot expect that to sustain. Our perspective is that with the expansion of Paytm Payments Bank in tier 2 and 3 cities, we will see 60 percent of our growth from here with our banking. We are not seeing any challenges in growth. The demand has come down reasonably but there are people still who want to be part of our ecosystem. We are consistently growing. From 110 to 270 million transaction is easy and that is not related to demand but to overall growth. The first 10 to 20 million numbers were easy but we have an ambitious target of 500 million which I am confident we will reach by 2020.