By Jonas Ekblom and Andrea Shalal WASHINGTON (Reuters) - The Democratic head of the U.S. House Ways and Means Committee on Friday called for 'good faith' negotiations with the Trump administration to address concerns about the new U.S.-Mexico-Canada trade agreement and pave the way for its passage 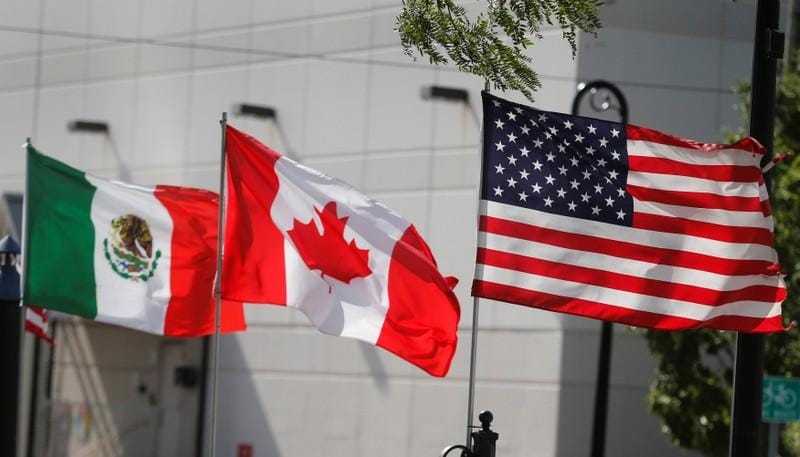 By Jonas Ekblom and Andrea Shalal

WASHINGTON (Reuters) - The Democratic head of the U.S. House Ways and Means Committee on Friday called for "good faith" negotiations with the Trump administration to address concerns about the new U.S.-Mexico-Canada trade agreement and pave the way for its passage.

U.S. Representative Richard Neal, chairman of the powerful committee, said Democrats had clearly explained what improvements they were seeking, but it was time for the Trump administration to respond with concrete proposals of its own.

"We remain committed to working diligently with Ambassador Lighthizer on this agreement. The timeline for consideration of the revised deal depends on the administration's willingness to negotiate with us in good faith to address House Democrats' concerns," Neal said in a statement after a Democratic working group met for a fourth time with U.S. Trade Representative Robert Lighthizer on Friday.

The nine-lawmaker group told House Speaker Nancy Pelosi in a report on Friday that they had made "substantial progress" over the past few weeks, and would present USTR with a text next week memorializing the concrete and detailed proposals they had made.

"We have laid out clear and specific objectives and proposals designed to fix flaws in the new agreement affecting all stakeholders, especially American workers and regular people who need affordable access to healthcare and medicines," the report said. "It is now USTR's turn to respond."

Both sides were ready to work through the August recess to build on the progress made, the report said.

USTR declined to comment on the latest meeting with Democrats about the agreement that will replace the current North American Free Trade Agreement (NAFTA).

Republican President Donald Trump views ratification of the trade deal as a top priority, but Democrats say they will not move forward until their concerns over labour, environmental issues and access to medicine have been addressed.

Officials on both sides now say the deal could move forward in September after lawmakers return from the August recess.

Earl Blumenauer, the Oregon Democrat who leads the trade subcommittee of the House of Representatives Ways and Means Committee and is a member of the working group, told reporters that debate about the trade pact was far less contentious than it had been in earlier negotiations.

"It has been a productive three months," Blumenauer said. But he said Pelosi had made clear that she would not allow consideration of the agreement on the House floor until Democrats were satisfied with the revised deal.

"The charge we all share is to make sure that every Democrat feels that his or her interests have been heard. They may not all be satisfied," Blumenauer said.

Nearly 600 trade and commerce groups sent a letter to lawmakers this week urging quick approval of a deal they said would be a boon to the U.S. economy.

Leaders from the United States, Mexico and Canada signed the agreement in November, but it must be ratified by lawmakers in all three countries. Mexico has already ratified the deal.

Blumenauer said he was encouraged by Lighthizer's past record on enforcement and welcomed USTR's decision to direct U.S. Customs and Border Protection to block future timber imports from Inversiones WCA E.I.R.L., a Peruvian exporter, given its use of illegally harvested timber.

The Oregon Democrat said he was open to a range of options to revise the USCMA, but said he remained sceptical about using so-called side agreements, which he said had proven problematic in the current trade agreement among the three nations.

The congressman said he returned from a bipartisan congressional visit to Mexico "very impressed" by the Mexican government and its ambitions, adding: "It is clear that it is sincere."

Members of the delegation also met with workers at a Goodyear

Goodyear's decision to block the visit reinforced concerns that lawmakers have heard voiced by workers at the plant, he said, adding, "I think it was a mistake on their part."

Goodyear did not immediately respond to a request for comment.