Oil prices rose for a third day to their highest in about eight months on Wednesday, helped by industry data showing a larger-than-expected drawdown in U.S. crude inventories, worries about attacks on Nigeria's oil industry and strong Chinese demand. 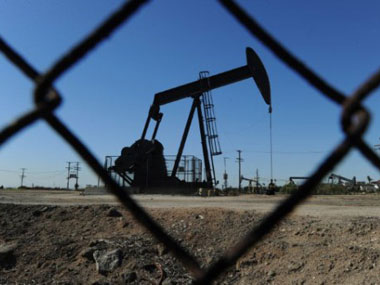 U.S. commercial crude inventories fell by 3.6 million barrels last week, data from industry group the American Petroleum Institute showed on Tuesday after the market settlement, compared with expectations for a 2.7 million barrel draw according to a revised Reuters poll.

The market inched higher after Chinese trade data showed that its exports fell more than expected in May, but imports beat forecasts, adding to hopes that the economy of the world's second-largest oil user may be stabilising. Its crude imports last month jumped 38.7 percent from a year ago.

"Overall, China's economic activity is not slowing down as much as expected, which is a support to the market," said Kaname Gokon at brokerage Okato Shoji.

Worries about global supply disruptions also supported the market, analysts said. The southern Delta swamps in Nigeria have been hit by militant attacks on oil and gas pipelines which have brought the African nation's oil output to a 20-year low.

Nigeria's government said it would scale down a military campaign and talk to the militant group.

Takayuki Nogami, senior economist at Japan Oil, Gas and Metals National Corp (JOGMEC), said the start of the summer gasoline demand season, supply disruptions in Nigeria and Canada and a weak dollar because of a possible delay in the timing of a U.S. interest rate hike have combined to push up the market.

"The Nigerian militants have pledged to continue attacks until production becomes zero, so there are worries over a further slump in output," he said.