By Joe Bavier JOHANNESBURG (Reuters) - Effective collaboration between companies across South Africa's defence industry and lucrative export markets from Central Asia to Saudi Arabia offer a way out of a crisis in the sector - once a pillar of Africa's most advanced economy - a top industry figure said. 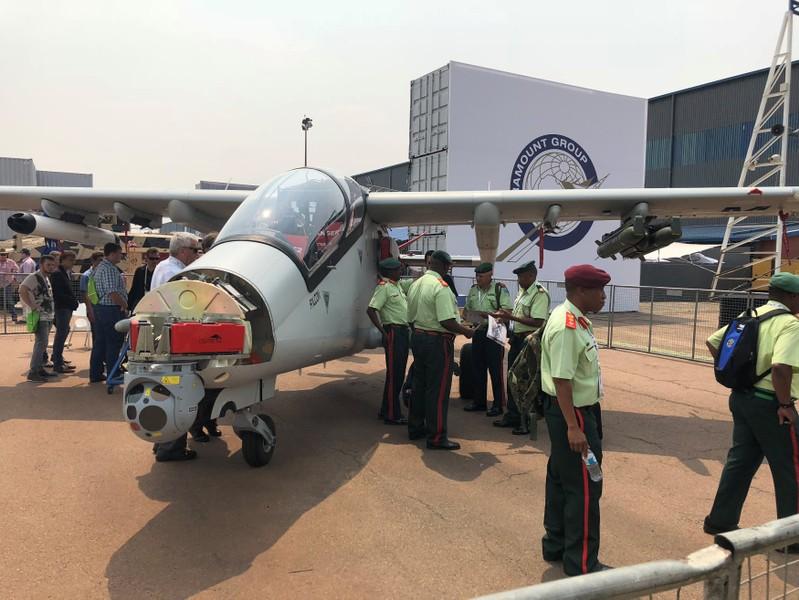 JOHANNESBURG (Reuters) - Effective collaboration between companies across South Africa's defence industry and lucrative export markets from Central Asia to Saudi Arabia offer a way out of a crisis in the sector - once a pillar of Africa's most advanced economy - a top industry figure said.

But seated in front of a Marauder - a 15-tonne armoured truck that gained a cult following after a civilian version appeared on the British motoring programme Top Gear - Ivor Ichikowitz, chairman of its manufacturer, the Paramount Group, was upbeat.

"The industry is in a state of crisis at the moment. But there's nothing like a good crisis to create opportunity for regrowth," he told Reuters on the sidelines of an aerospace and defence expo outside Johannesburg.

"The entire industry now has to reinvent itself to be relevant to the rest of the world."

A United Nations arms embargo imposed on South Africa's apartheid government in 1977 forced it to produce all its own military hardware. And by 1994 when Nelson Mandela was elected president in the country's first democratic elections, the industry employed over 100,000 people.

But South Africa's defence spending has steadily declined since, and just 15,000 work in the sector today, a trade association official said last month.

If it is to survive, Ichikowitz said, the industry as a whole must take a lesson from Paramount, which uses portable production to establish manufacturing operations around the world.

Paramount now operates in around 30 countries and, according to the company, has posted year-on-year sales growth of 20 to 30 percent over the past decade.

"We're saying the time has come to create Team South Africa," he said. "The fact that South Africa is non-aligned gives us a huge advantage ... That puts us in a position where a lot of markets are open to us."

"CRAZINESS IN THE WORLD"

It is expanding its production lines in Kazakhstan from armoured vehicles to new areas including unmanned aerial vehicles. It is partnering with Italy's Leonardo Sp to weapons one of its aircraft for the African market.

This week it announced it would team up with Singapore's ST Engineering to market a line of armoured vehicles internationally. And it is planning to produce a variant of one of its light attack aircraft for the U.S. market.

But a much bigger prize may be up for grabs in Saudi Arabia.

One of the world's largest arms purchasers, Saudi Arabia is seeking international partners to develop its manufacturing capabilities with the aim of producing half of its required military equipment domestically by 2030.

Ichikowitz told Reuters in April that Paramount was in talks with the Saudi government to establish production facilities in the kingdom. And representatives from state-owned Saudi Arabian Military Industries were in South Africa this week to speak with other defence companies.

"South Africa has a huge role to play in helping to enable and facilitate the establishment of industry in Saudi Arabia," Ichikowitz said.

Saudi Arabia has been fighting a costly war in Yemen since 2015 in support of the internationally recognised government against the armed Couth movement.