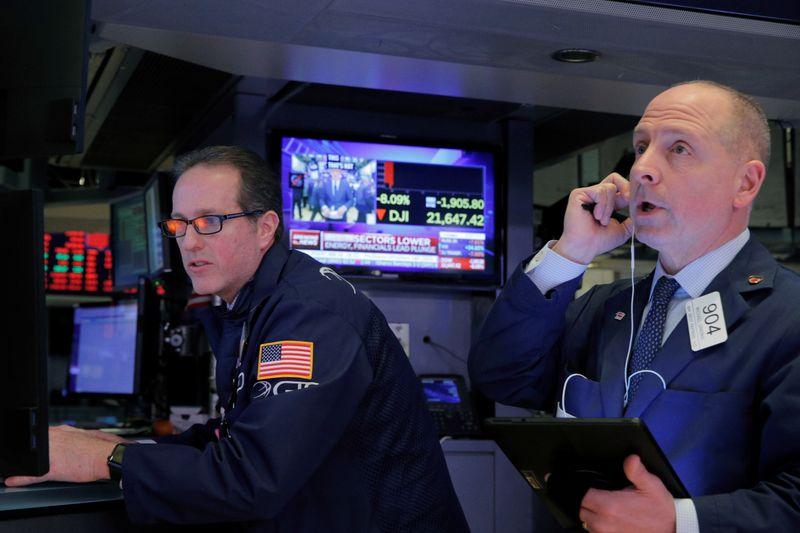 By Kate Duguid and Megan Davies

Investors are increasingly concerned the coronavirus outbreak will hit U.S. corporate cash flow if it keeps workers at home or prevents companies from paying employees.

"The reason (closed-end funds) go down faster is because they're levered," said Andrew Brenner, head of international fixed income at NatAlliance Securities.

"In down markets, these things get hit pretty hard. And this is a down market."

Investor worries about the coronavirus' effect on companies' cash flow has mounted enough that it has begun to affect the investment-grade market as well, a high-grade sector that can function as a haven in times of market volatility.

New high-yield bond issuance has been tepid for the past three weeks, as issuers pull deals and investors shun risk. But the market for investment grade issues was active until Wednesday.

"Up until yesterday, the IG market was still open and deals were still getting done. It's only within the last 24 hours even that market has also slowed," said David Leduc, active fixed income chief investment officer at Mellon.

Some companies have begun to draw on credit lines for fear that capital markets may be closed to them for the time being.

There will be more such announcements, said Leduc, from companies in sectors directly hit by coronavirus including travel, leisure and energy, which expect to see a hit to earnings. Companies with debt maturing in the coming few quarters may also draw down loans.

The commercial paper market, which provides companies with short-term funding, has not yet seen a consistent slowdown in issuance, though the cost to borrow has risen this week, according to Federal Reserve data.