By Rajesh Kumar Singh CHICAGO (Reuters) - More than half of vaccines go to waste globally every year because of temperature control, logistics and shipment-related issues. Logistical hurdles are a significant risk for efforts to rapidly distribute COVID-19 vaccines, but they have resulted in booming business for companies such as private California-based Cloudleaf, Germany's SAP SE and others that sell technology for monitoring shipments from factory freezer to shot in the arm 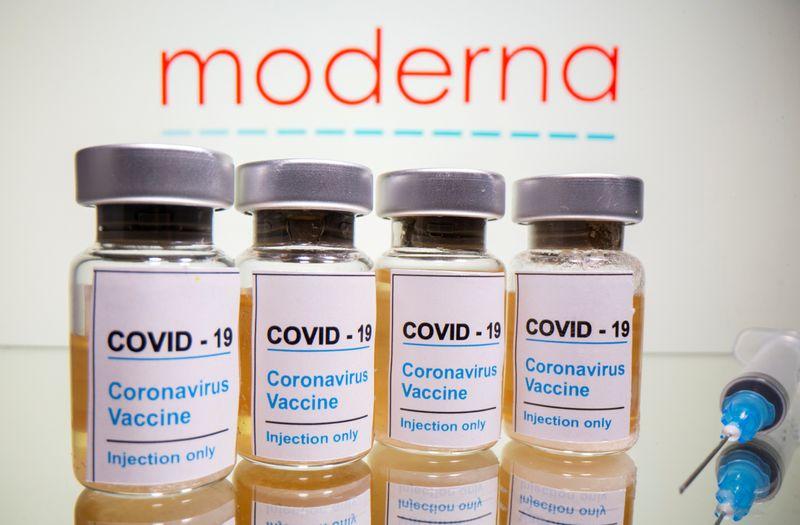 CHICAGO (Reuters) - More than half of vaccines go to waste globally every year because of temperature control, logistics and shipment-related issues.

Logistical hurdles are a significant risk for efforts to rapidly distribute COVID-19 vaccines, but they have resulted in booming business for companies such as private California-based Cloudleaf, Germany's SAP SE and others that sell technology for monitoring shipments from factory freezer to shot in the arm.

The sensors send data to the cloud, where an artificial intelligence algorithm can predict if action is needed to prevent a product from becoming exposed to temperatures outside the recommended range, known as excursions.

Cloudleaf Chief Executive Mahesh Veerina said orders have jumped 500% this year. To keep pace, the company had to expand its workforce and increase capital spending by as much as 80%. He expects a similar growth in capital spending in 2021.

"I have CEOs calling and saying 'Hey, can we get this up in the next 4-5 weeks'?" Veerina said.

The booming business has also increased the need for fresh capital. Cloudleaf has raised millions of dollars this year and has plans to raise "very significant" amounts of capital next year too, Veerina said.

Pfizer Inc and German partner BioNTech's vaccine must be shipped and stored at ultra-cold temperatures or on dry ice and can only last at standard refrigerator temperatures for up to five days.

In contrast, Moderna Inc's vaccine, which is expected to receive U.S. regulatory authorization as soon as Friday, can be kept in a regular refrigerator for up to a month.

These varying requirements have increased the risks of logistical mishaps.

A quarter of all vaccines are degraded by the time they arrive at their destination due to incorrect shipping procedures, according to the International Air Transport Association. Losses associated with temperature excursions in the healthcare industry are estimated at about $35 billion annually.

Given the scale and the magnitude of the COVID-19 vaccine rollout, the losses could be significantly higher in 2021, analysts said.

At least two trays of COVID-19 vaccine doses delivered in California needed to be replaced after their storage temperatures dipped below minus 80 Celsius (minus 112 Fahrenheit), U.S. Army General Gustave Perna said on Wednesday.

Blockchain and sensor-enabled cold chain monitoring tools can help reduce the losses as well as mitigate the risks of theft or counterfeiting of the vaccines.

Moderna is using SAP's digital solutions to help serialize and distribute its vaccine. The applications are designed to prevent counterfeit medicines and enable collaboration with contract manufacturers and wholesalers.

Similarly, Israeli startup Varcode, which makes smart tags that measure time and temperature, and can track and trace products throughout the supply chain, has seen a multifold jump in orders.

Before the pandemic, the orders for Varcode's tags would range between 100,000 to 1 million units. Since the middle of this year, Chief Executive Joe Battoe said some of the companies involved in the vaccine distribution have been asking for billions of tags. This, in turn, has led to a 200% increase in Varcode's capital spending this year.

Battoe said the pandemic had "been good for our business."

Varcode's low-cost cloud-based, blockchain-enabled technology not only sends out alerts when a product goes outside its prescribed temperature range, but also captures the cumulative time that the product has been outside of the temperature range.

Its smart tags are serialized and need just a smart phone to scan them. Every scan leaves a digital trail, reducing the risks of theft or counterfeiting.

The tags can track individual vials, making them a better fit for the vaccine distribution in small and rural areas which may require fewer than the minimum order of doses.

Varcode's tags are produced in Israel. The soaring demand, however, has prompted Varcode to invest in a unique printer and an applicator that would generate the tags on site where the vaccines are being manufactured and apply them to carts going down the conveyor belt in real time.

Battoe reckons the $5 billion global cold chain monitoring technology market could grow 50% next year, thanks to the vaccine rollout.

"I don't think we would be garnering the attention ... had it not been for the scale and the sensitivity of these vaccines," Battoe said.