By Shinichi Saoshiro TOKYO (Reuters) - The dollar held near a three-week high on Tuesday, as expectations global economies would unleash fresh stimulus and an improvement in appetite for riskier assets lifted yields on U.S. government bonds. 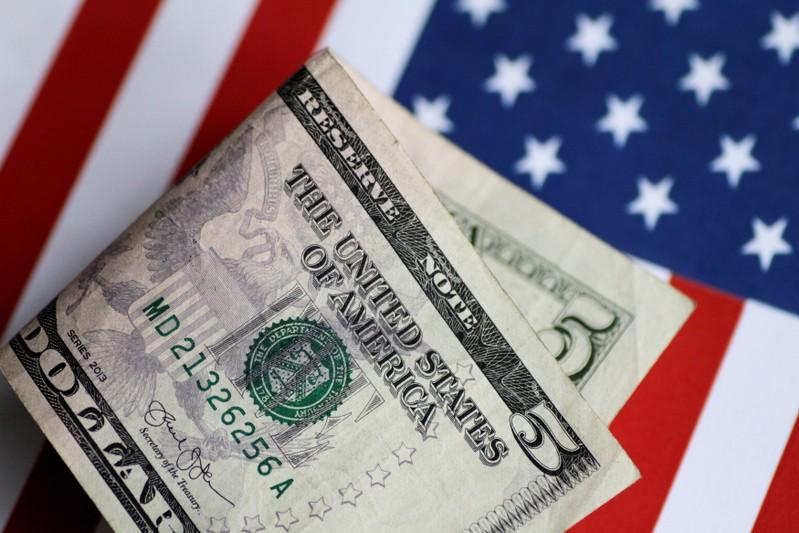 TOKYO (Reuters) - The dollar held near a three-week high on Tuesday, as expectations global economies would unleash fresh stimulus and an improvement in appetite for riskier assets lifted yields on U.S. government bonds.

Yields on benchmark U.S. Treasuries pulled away from three-year lows as investors tip-toed back into riskier assets, lured by hopes for stimulus in major economies such as Germany and China, which eased more recent global recession fears.

Investor focus on Tuesday will shift to the first setting of China's new lending benchmark under its recent interest rate reforms, due at 0130 GMT.

Risk appetite in global markets has been boosted this week by the prospect of Germany ditching its balanced budget rule to boost spending and China's interest rate reform plan, which is expected to lower corporate borrowing costs.

"The dollar is higher across the board, tracking the rebound in yields. The prospect of Germany embarking on stimulus was the turning point and the dollar has regained momentum since," said Yukio Ishizuki, senior currency strategist at Daiwa Securities.

Against the Swiss franc, a currency sought in times of market turmoil and political tensions along with the yen, the dollar hovered near a two-week high of 0.9820 franc

Market focus will shift to the annual symposium of global central bankers starting on Friday at Jackson Hole, Wyoming.

Particular focus will centre on Fed Chairman Jerome Powell's comments on monetary policy at a time when investors widely expect the Fed to cut rates again at its next meeting in September.

"A series of further rate cuts by the Fed has already been priced into the dollar. So the currency could gain a fresh boost if Powell shows any hints of dovishness and clouds rate cut prospects," Ishizuki at Daiwa Securities said.