By Julie Steenhuysen CHICAGO (Reuters) - (This story corrects to delete incorrect reference in paragraph six to a possible eighth death.) U.S. health officials said on Thursday there are now 530 confirmed and probable cases and seven deaths from severe lung-related illnesses tied to vaping, and there are no signs that the outbreak is easing. That's up from 380 cases reported a week ago 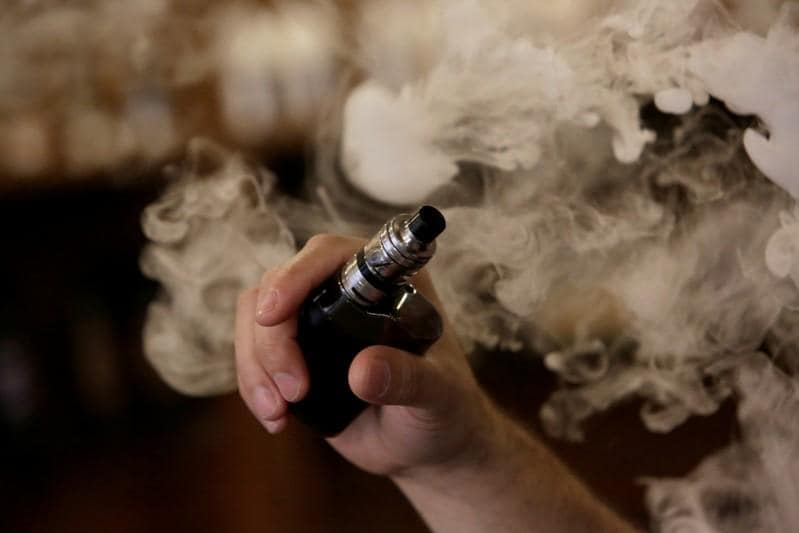 U.S. health officials said on Thursday there are now 530 confirmed and probable cases and seven deaths from severe lung-related illnesses tied to vaping, and there are no signs that the outbreak is easing.

That's up from 380 cases reported a week ago. Three-fourths of the cases are male, and two-thirds are between the ages of 18 and 34.

The U.S. Food and Drug Administration is now investigating more than 150 products and substances and said it has activated its criminal investigations arm to explore the supply chain of vaping products and identify the cause of the outbreak. No individual vapers will be targeted, Mitch Zeller, director of the FDA's Center for Tobacco Products.

Zeller said no single substance or compound, including THC or Vitamin E acetate, has been linked to all of the cases so far.

Seven people have died from vaping-related illness, the Centers for Disease Control and Prevention (CDC) said. The deaths were reported in California (2), Illinois, Indiana, Kansas, Minnesota, and Oregon.

"We do expect others," Dr. Anne Schuchat, principal deputy director of the CDC, told reporters, referring to the number of deaths.

Illinois epidemiologist Dr. Jennifer Layden said on a conference call with reporters that the state has now reported 69 cases, up from 52 a week ago, and continues to get reports of new cases daily.

The state is asking residents to fill out a confidential online survey about their vaping habits to help pinpoint the differences between people who vaped and got sick, and those who didn't.

Schuchat said no e-cigarette or vaping product, substance, additive or brand has been consistently identified in all of the cases, nor has any one product or substance been conclusively linked to lung injury in patients.

She repeated the CDC's advice that people should quit vaping if they can. Those who continue should monitor themselves for symptoms such as breathing issues, dry cough or chest pain, and in some cases diarrhoea, vomiting and fever, and should not hesitate to seek help from their doctors.

"The e-cigarette and vaping-related lung injuries are serious. People are dying. We ask you to take these recommendations seriously," she said.

Zeller said the FDA is analysing samples for a broad range of chemicals, including nicotine, such as those containing tetrahydrocannabinol (THC), the high-inducing component of marijuana, and other marijuana ingredients, as well as opioids, cutting agents or diluents and other additives, pesticides, poisons and toxins.

Identifying compounds is only "one piece of the puzzle and will not necessarily answer questions about causality," he said.

He said the agency's criminal investigators have been on the case from the start, but emphasized that they are not pursuing any prosecutions linked from personal use of any controlled substances.

Vaping has only been around for a decade or so, and the sudden outbreak of acute cases has surprised scientists who have been studying the long-term effects of the practice.

"We weren't expecting a big clinical signal because they've only been really popular since 2010 or 2012," said Dr. Laura Crotty Alexander, a lung specialist at the University of California at San Diego who has been studying vaping’s effect on health since 2013.

"Usually it takes decades to cause really significant health effects," she said, noting that it took more than 50 years to detect a health signal from cigarette smoking.

The FDA is urging members of the public to submit detailed reports of any unexpected tobacco or e-cigarette-related health issues via its online safety reporting portal: www.safetyreporting.hhs.gov.