(Removes reference to Vale being propped up by a government stake in 10th graph) By Barbara Lewis, Simon Jessop and Clara Denina LONDON (Reuters) - Seeking assurances from Brazilian miner Vale by phone after a second deadly dam disaster in three years is not enough for Sasja Beslik. He plans to fly there himself to get answers. Beslik, head of sustainable finance at Swedish bank Nordea, blocked the bank's investment managers from buying any more Vale shares on Jan 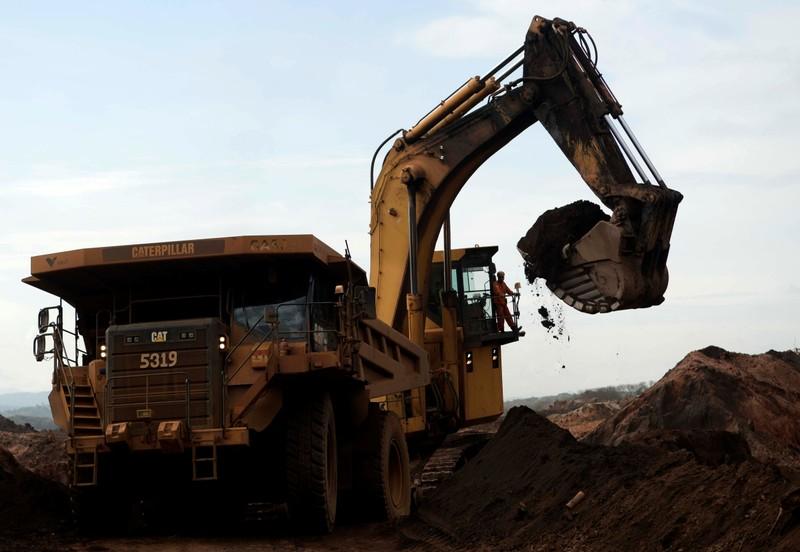 LONDON (Reuters) - Seeking assurances from Brazilian miner Vale by phone after a second deadly dam disaster in three years is not enough for Sasja Beslik. He plans to fly there himself to get answers.

Beslik, head of sustainable finance at Swedish bank Nordea, blocked the bank's investment managers from buying any more Vale shares on Jan. 26, the day after a dam filled with mining waste burst its banks, killing hundreds.

He is the latest investor to step back from an industry that is trying to clean up its act.

Vale needs to address the risks associated with tailings dams and deal with its waste material safely if it is to prevent an exodus of global funds and stem the recent share price slide.

"We have a quite comprehensive plan of what we want to get done," Beslik said. "Right now, I have two analysts doing a collection of everything from satellite images to legal requirements, best practices, all of it."

"They have tailings dams all over the world so what are the potential implications for them?"

Fellow investor Robeco, which had been taking part in "enhanced engagement" with Vale since an earlier tailings dam collapse in 2015, has also now put it on a banned list.

Beslik's and Robeco's response shows the growing concern among investors that many of the thousands of tailings dams around the world are not fit for purpose.

"If you have unstable weather patterns that are not following traditional ones... (these dams) did not include that risk when they were built, so they are exposed," Beslik said.

The disaster has called into question the willingness of investors and lenders to continue funding the broader industry.

Vale has lost nearly a fifth of its market capitalisation — just over $15 billion — since the collapse, Brazil's most deadly mining accident, but the closure of some of Vale's operations has driven iron ore prices higher.

Executives, analysts and shareholders, say that reaction masks deep-seated problems for an industry struggling to attract money for new projects because of sustainability concerns.

DWS ESG funds already exclude many mining companies, including Vale, and the asset manager will review positions it holds in Vale on behalf of institutional investors.

It will use any remaining exposure to demand reform.

"We will continue with our engagement activity of putting pressure on Vale as an operator of upstream tailings dams and dams in general to be much more rigorous in their risk assessment and prevention," she said.

Investors said they were working to understand tailings dams that store increasingly large amounts of waste from mining operations.

Some banks and investors have called for a new classification system to allow them to assess risks. For now investors may decide it is safer to stay away.

"Investors simply don't have enough information available to make informed decisions, they have to have a degree of trust in the companies and if the risk is too high, then they are out of mining," Ian Woodley, investment analyst at Old Mutual, said.

Industry-wide, regulatory and technical costs will rise as everyone tries to make tailings dams safer.

One banking source, speaking on condition of anonymity, said the Vale disaster damaged banks' view of whether mining was "investable from a public equity perspective".

Even mining companies might want to question their business models as Brazil responds to the disaster by seizing assets and carrying out arrests.

Warren Beech, a partner at law firm Hogan Lovells, said mining was trapped in "a perfect storm", struggling against issues of image, sustainability and community opposition.

"Assets are not beyond forfeiture and seizure. No assets in any country are sacrosanct. Governments that feel mining companies are not doing what they should be doing will attack assets," he said.

Vale itself has a safety net as its biggest shareholders - state pension funds that own around a fifth of the company - are unlikely to divest.

Given a strong national belief in mining, analysts say Vale's sell-off could be seen as a buying opportunity for local investors.

In a note this month, UBS analysts said some 80 percent of Brazilian investors polled were weighing buying Vale shares based on its depressed stock price, while only 30 percent of global investors it spoke to shared that enthusiasm.