(Corrects to show that Berkshire and 3G together own close to 50 percent of Kraft Heinz, not more than 50 percent) (Reuters) - Kraft Heinz Co said on Monday it would replace Chief Executive Officer Bernardo Hees with Anheuser-Busch InBev marketing chief Miguel Patricio, as one of the world's largest packaged food companies looks to reinvigorate its brands after years of cutting costs dented their value. In February, the Heinz ketchup maker cut its dividend payouts, wrote down the value its marquee Kraft and Oscar Mayer brands and other assets by more than $15 billion and disclosed a regulatory probe into its accounting practices 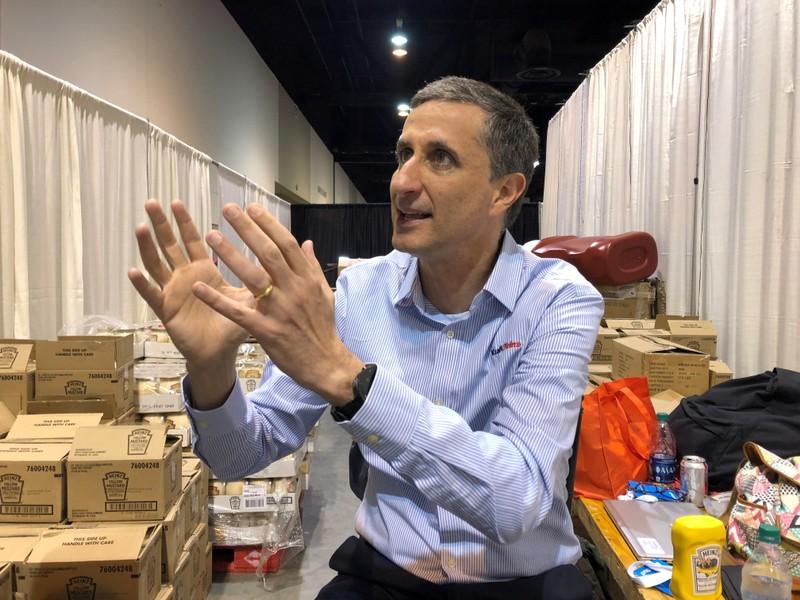 (Corrects to show that Berkshire and 3G together own close to 50 percent of Kraft Heinz, not more than 50 percent)

In February, the Heinz ketchup maker cut its dividend payouts, wrote down the value its marquee Kraft and Oscar Mayer brands and other assets by more than $15 billion and disclosed a regulatory probe into its accounting practices.

The broad sector has struggled with rising transportation and commodity costs along with a shift in consumer preferences to more niche health-focused brands.

The Velveeta cheese maker's second biggest shareholder 3G Capital has pushed the company to rein in expenses to tackle higher costs and sluggish growth, a strategy it has used effectively at Heinz and Anheuser-Busch, another company in which it has a stake.

3G and Warren Buffett's Berkshire Hathaway Inc together own close to 50 percent of Kraft Heinz.

The company's shares rose about 1 percent in early trading, after more than more than halving in value since H.J. Heinz and Kraft Foods, two of the United States' biggest food and beverage producers, merged in 2015.

Patricio takes over the top job in July after spending two decades at Anheuser-Busch, most recently as the Budweiser brewer's global chief marketing officer.

Prior to AB InBev, Patricio worked at a range of major consumer goods producers including Philip Morris, Coca-Cola Co and Johnson & Johnson.

His prior experience as the president of Asia Pacific of Anheuser-Busch InBev might enable him to explore more growth opportunities in emerging markets at Kraft Heinz, she said.

(Reporting by Uday Sampath in Bengaluru; Editing by Shailesh Kuber and Saumyadeb Chakrabarty)