By Elizabeth Dilts and Aparajita Saxena (Reuters) - Goldman Sachs Group Inc turned in a better-than-expected profit during David Solomon's first quarter at the helm, helped by dealmakers in the division the new chief executive once oversaw. A 56 percent jump in M&A fees as well as higher equities trading revenue during a volatile quarter for stocks helped offset another decline in bond trading, a business whose structural issues have forced Goldman to rethink its overall business model 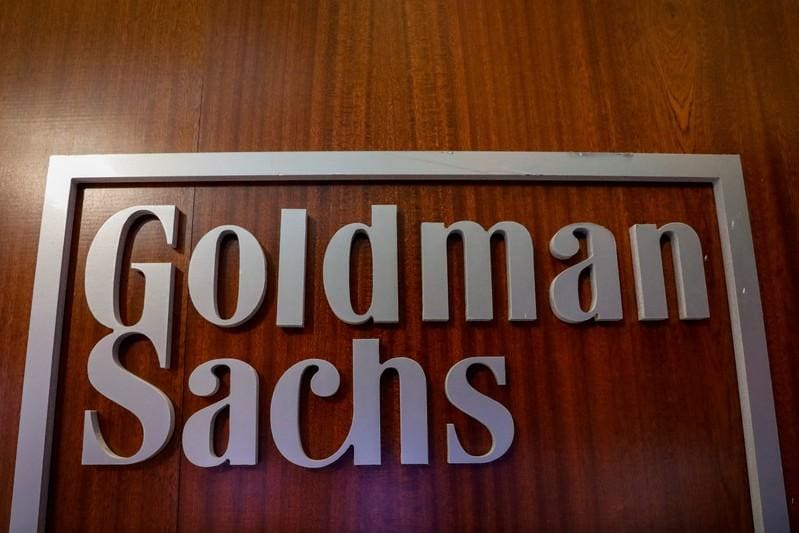 A 56 percent jump in M&A fees as well as higher equities trading revenue during a volatile quarter for stocks helped offset another decline in bond trading, a business whose structural issues have forced Goldman to rethink its overall business model.

Shares of the fifth-largest U.S. bank surged more than 8 percent in midday trading on Wednesday.

Using a plan Solomon co-developed in 2017, Goldman Sachs is trying to generate $5 billion in additional annual revenue by growing its consumer operation, wooing new institutional customers and convincing existing clients to do more business with the bank.

"We will not be complacent waiting for the market to return," Solomon said on a conference call with analysts, referring to bond trading.

The comments broke with a precedent set by previous CEO Lloyd Blankfein, who did not publicly speak to analysts each quarter.

Analysts had expected a profit of $4.45 per share, according to IBES data from Refinitiv. Analysts said the bank handily beat consensus expectations when taking into account one-time items.

Goldman tends to be more sensitive to market fluctuations than peers that have large, stable revenue streams from other businesses.

Even so, Wall Street banks including JPMorgan Chase & Co

Under Solomon's plan, Goldman is trying to look more like its rivals by growing its fledgling consumer bank, expanding further into wealth management and building a corporate cash management business.

Growing deposits from consumers and businesses will also help Goldman lessen its cost of funding. The bank has so far gathered $35 billion in deposits from its Marcus consumer business, including $7 billion from its recent expansion into the United Kingdom, Chief Financial Officer Stephen Scherr said on the call.

Despite its efforts, Goldman's shares have been underperforming peers due to worries about its possible exposure to 1MDB-related costs.

"The 1MDB situation is like the real hold up for people right now," said Evercore ISI analyst Glenn Schorr.

The bank added $844 million to its legal and regulatory provisions last year, more than four times what it set aside in 2017, though it did not specify the purpose.

Goldman's stock has fallen 30 percent over the last 12 months, and is trading at a discount to its tangible book value.

(This version of the story corrects bond trading figure in 11th paragraph to million, not billion)