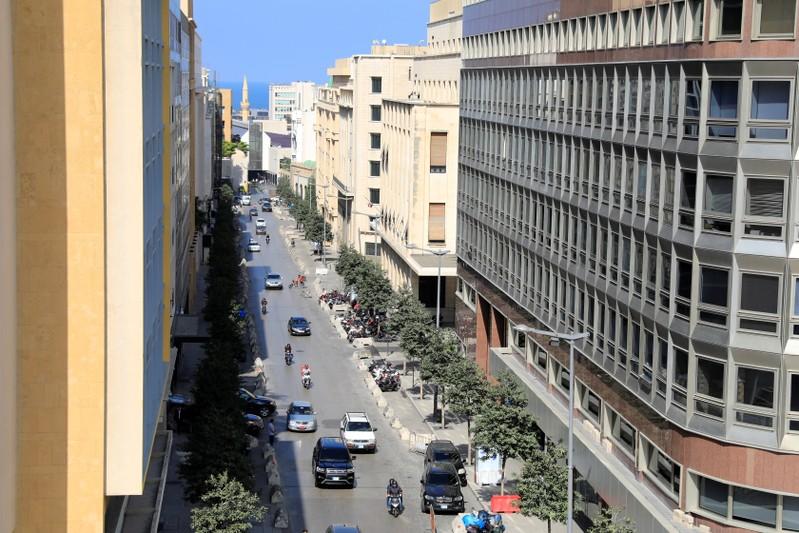 Financial strains in Lebanon have been brought into focus by turbulence on markets where its dollar-denominated sovereign bonds suffered a heavy sell-off last week following comments by the finance minister about the public debt.

The bonds recovered this week on assurances the government is "absolutely not" planning to restructure the debt and is committed to paying its maturing debt and interest payments at predetermined dates.

But the episode has added to debate about Lebanon's debt sustainability after warnings from politicians, the IMF and World Bank over economic and financial conditions in a country that has suffered years of low economic growth.

Lebanon's factional politics has led to years of policy paralysis and obstructed reforms needed to boost investor confidence. More than eight months after an election, politicians have been unable to agree a new government.

WHAT ARE THE PROBLEMS?

Lebanon has one of the world's biggest public debts compared to the size of its economy, largely generated through servicing existing debt and high state spending. It amounts to roughly 150 percent of GDP.

The World Bank has estimated that financial transfers to the state-owned power producer alone averaged 3.8 percent of GDP from 2008 to 2017. A public-sector wage increase in 2017 and higher interest rates have added to pressures on the budget deficit.

Lebanon also has a current account deficit because it imports far more than it exports.

Financing these two deficits has depended on critical financial transfers from its diaspora.

But questions over this model have grown.

"At the heart of concerns is the recent slowdown in remittance/deposit inflows, which have traditionally funded a large part (if not all) of Lebanon's financing requirement," Goldman Sachs said in a Dec. 3 analysis.

The World Bank, in an October report, said Lebanon was exposed to significant refinancing risks. "Attracting sufficient capital, and in particular deposits, to finance significantly larger budgetary and current account deficits is proving challenging in light of slower deposit growth."

Lower oil prices have been seen by economists as a major cause of the slowdown, with many Lebanese working in oil-producing Gulf Arab states. Political instability and lower growth in Lebanon have also been cited as factors.

Economic growth rates have fallen to between 1 and 2 percent from between 8 and 10 percent in the four years before Syria's civil war began in 2011.

HOW URGENT IS THE SITUATION?

The financial system has proven resilient through political crises, assassinations and war. The Lebanese pound peg against the U.S. dollar has been stable for over two decades.

Often in the absence of effective government, the central bank has maintained stability using stimulus packages and unorthodox financial operations, made possible by large diaspora deposits into the banks.

But since 2016, the slowdown in non-resident inflows prompted the central bank to embark on "financial engineering" to draw more dollars to its reserves.

The World Bank and IMF have praised the central bank for a critical role. But the World Bank's October report noted some central bank tools were becoming less effective and that Lebanon's risk profile was rising sharply.

Confidence is critical to encouraging the inflows upon which the system rests. This would be boosted if a new government was agreed and moved quickly towards making reforms of the power sector.

This could unlock some $11 billion in funding pledged by foreign states and institutions last year for a capital-investment programme.

WHERE DOES HEZBOLLAH FIGURE IN THIS?

The power wielded by the Iran-backed Lebanese Shi'ite group Hezbollah is at the heart of tension between Lebanon and Gulf states such as Saudi Arabia that once supported Beirut but have turned their attention elsewhere in recent years.

Goldman Sachs noted that one cause of the slowdown in remittance and deposit growth was "the perceived reduced likelihood of external support in light of heightened tensions between Lebanon and the oil-rich Gulf countries".

The heavily armed group is listed as a terrorist group by the United States and fought a war with Israel in 2006.

"We have warned for some time that if there was a fresh escalation of tensions with Gulf countries or Israel, that could lead to another period of capital flight that puts the dollar peg under pressure," Jason Tuvey of Capital Economics said.

The United States has tightened financial sanctions against Hezbollah, part of its wider effort to counter Iran. The Lebanese banking sector has been applying these measures and anti-money laundering legislation.

Lebanon lobbied Washington in 2017 to balance its tough anti-Hezbollah stance with the need to preserve the country's financial stability. Consequently, sanctions were altered enough to allay fears of major economic damage.

The application of such measures may have weighed on some inflows to Lebanon, though it is difficult to know to what extent, Tuvey said.

CAN THE NEXT GOVERNMENT FIX THE PROBLEM?

Once Prime Minister-designate Saad al-Hariri manages to form a government, investors will be looking for follow-through on promises of reducing the budget deficit. But there are concerns that politics could get in the way of reforms once again.

"Lebanese and international stakeholders agree that the budget deficit needs to narrow, but a credible, actionable plan for achieving this is still lacking and it remains unclear if political dynamics will allow for a concerted fiscal adjustment," Fitch Ratings said.