By Nick Carey and David Shepardson NEW YORK (Reuters) - (This version of the story corrects title of Fred Diaz in paragraph 2 to make clear he is U.S. CEO, not CEO of entire company) Falling U.S. 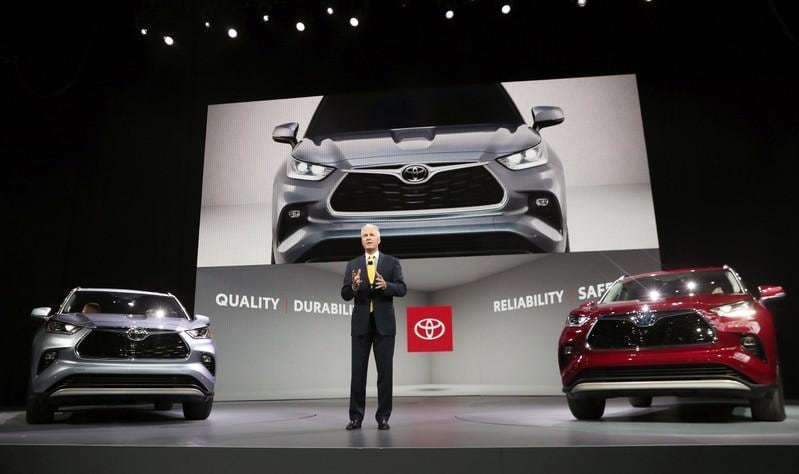 NEW YORK (Reuters) - (This version of the story corrects title of Fred Diaz in paragraph 2 to make clear he is U.S. CEO, not CEO of entire company)

Falling U.S. new vehicle sales through the rest of 2019 and into 2020 will bring more intense competition in the increasingly crowded market for SUVs and a continued decline in passenger car sales, executives and economists said at this week's auto show in New York.

"There are more and more SUVs coming to market and I continue to see that market growing," said Fred Diaz, U.S. chief executive of Japanese automaker Mitsubishi Motors Corp. "It's hyper competitive."

After a long bull run, U.S. auto sales are expected to fall about 3 percent to 16.8 million units. That is still a respectable number, but the decline will increase competition for market share.

Much of the decrease will be driven by falling sedan sales. As recently as 2012, passenger cars made up more than 50 percent of U.S. new vehicle sales. But that number has dropped rapidly as American consumers have sought the greater comfort and space provided by larger pickup trucks and SUVs.

While those bigger vehicles are far more profitable for automakers, increased competition could lead to higher incentives in that segment that could squeeze profit margins just like with sedans over the years, industry officials said.

In the first quarter, cars made up just over 30 percent of new vehicle sales.

But for SUVs, the market has continued to grow and may see slight growth in 2019. That has automakers pushing out new SUVs to fight for sales.

"If you don't have the newest, hottest product, you're going to have to stand out somehow," he said.

One way to stand out with an older vehicle is to offer steeper discounts to potential buyers, Manzi added.

At the show, Ford's luxury Lincoln brand launched a new SUV, the Corsair, which chief marketing officer Joy Falotico said had turned out to be "lucky timing."

"I am confident that sales trend will continue," Falotico said.

Despite falling sedan sales, executives at Nissan Motor Co Ltd and Toyota said they remain committed to the segment.