Chennai: As government moves ahead with its plans to involve private players in modernisation of four airports, eight applicants, including Tata Realty, Siemens Project Ventures and GVK Airport, visited the airport here and met the AAI officials. 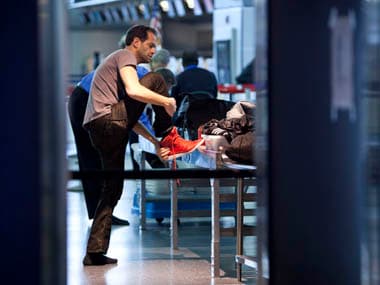 A presentation was made to the applicants, while Airport Authority of India (AAI) officials also answered their queries about the Chennai airport yesterday. This comes against the backdrop of these entities evincing interest in bidding for the modernisation programme of Chennai, Kolkata, Ahmedabad and Jaipur airports.

"A presentation of the Chennai airport was made for the applicants during the visit. Queries raised by the delegation were replied by the Airport Authority of India officials," AAI, Chennai Director, Deepak Shastri said in a statement today.

Senior executives, including those from Airport Authority of India, New Delhi, Ministry of Civil Aviation were also present on the occasion, he said.

Meanwhile, the proposal to modernise Chennai airport has not gone down well with the employees who are planning to go on a nation-wide strike next week.

"Our demand is very clear. We are against privatisation. Yesterday we staged a protest in Chennai. Next week there is a meeting with the Chief Labour Commissioner. After that we are planning to hold a nation-wide protest," a senior official from the Airport Authority of Employees Union, said.