Colbert's Goose: How FMCG companies are making a Jackass out of you

The leading con jobs and scams in India yielding the largest sums of money involve the large scale manipulation of small scale quantities. This happens in broad daylight and is often totally legal. One is reminded of Colbert - Louis XIV's great finance minster - on public finance. The art of public finance, Colbert would say, lies in quietly plucking the goose, feather by feather, without giving it the chance to notice and squawk.

A wonderful and profound saying. Except that Colbert's goose, gentle reader, the bechara who is getting his feathers plucked out one by one, is you and me - the public. 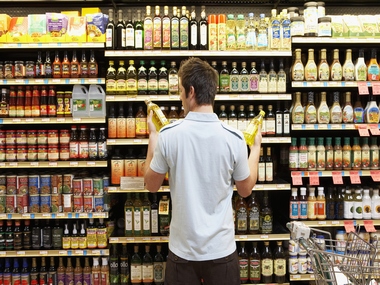 The financial markets are particularly vulnerable to this philosophy. Consider the Sebi tax on all share market transactions and the securities transaction tax (STT). The public - the goose in this case - simply doesn't notice the 6 paise of Sebi tax or the 9 paise of the STT on its share purchase or sale contracts. But this feather by feather fleecing of the public adds up to thousands of crores a year, as it is levied on billions of transactions. At least, the STT is government sanctioned. The Sebi tax, on the other hand, is levied by the regulator!

In the US, if the Securities and Exchange Commission (SEC) levied its own private tax on every share transaction on Wall Street, as Sebi does in India, it would probably be taken out and shot to death.

Why the SEC would be taken out and shot to death is not difficult to see. These tiny grains of sand clog the well-oiled machine that is a financial market. More technically, they widen the bid-ask spread, raise the taxes and transaction costs component, make markets inefficient, and increase the costs of doing business - particularly compliance costs - for everyone. Finally, they make arbitrage between markets, a vital function that results in the Law of One Price, particularly difficult to achieve.

Now all this is forgiven in the areas of public policy and public finance. After all, we are a forgiving nation. Besides, in India the government can be relied on to do all this golmaal. The government in India reminds one of David Niven's joke about his old friend Errol Flynn, who was a bit of rogue. Niven would say, "Errol is the most reliable friend in the world. Whenever you want to count on him, you can always rely on him to let you down!" Ditto for the Indian government.

But the phenomenon is not restricted to the government or the rarified world of public finance and taxation. The private sector also has a go at Colbert's goose (i.e. you and me). Don't even talk about those bank charges places like HDFC Bank and HSBC levy on your bank account. Ever wondered where those absurdly high growth rates that HDFC Bank posts quarter after quarter come from? For part of the answer, look no further than your monthly bank statement.

The computerisation of business transactions makes all this very easy, of course. The automated nature of the back office for these industries, particularly in the financial sphere, makes these easy taxes for the government to mop up, thereby fulfilling a cardinal canon of tax administration - ease of collection. Very automated industries in India consequently bear a higher tax burden than non-automated industries just because they're highly automated. Needless to say when the private sector itself has a go at plucking the public's feathers, it's even easier. The operations boiler room is where all this stuff takes place, what with the manipulation of a back office package here, or a core banking solution there.

Forget how all this translates into the loss of national competitiveness as the plucking get repeated millions of times across all economic activities. Forget also that these acts, repeated ad nauseam, cause the country's slide in all those global competitiveness surveys, like the recently released one from the World Economic Forum.

What is surprising is how Colbert's goose, the public, gets plucked in the FMCG industry - an industry that is, perhaps, the most respectable in India. In fact, the FMCG industry is not just respectable, it's practically venerable. Some companies like Unilever and Colgate will be approaching their hundredth anniversary of operations in India in the coming decades. They have all those IIT-IIM types, who after advanced training in engineering and management, end up selling saboon for their respective companies. The industry is dominated by MNCs with their own higher standard of ethics, or so the fond belief goes. And the famous brand names! Colgate, Surf, Parachute, Rexona, Annapurna, Johnson's, all highly trustworthy as the companies breathlessly point out.

Further, the manufacture of toothpaste and soaps and all the other allana-phalana of the FMCG industry, are not traditionally viewed as areas where rent seeking activities by the political class can take place. This is not real estate or infrastructure, industries riven with corruption and hera pheri.

Actually the FMCG industry in India may be extracting thousands of crores every year in rents from the public. It does this through a neat little practice. This is the manipulation of packaging disclosure requirements. Manipulation of packaging disclosures might be resulting in losses of thousands of crores in consumer surplus as the FMCG companies make Colbert's goose of all of us.

Consider the charming little example of Parachute coconut oil from Marico. Buying coconut oil loose from the kirana oil merchant results in a price of Rs 170 for a litre that's handed to you in a little plastic bag. But Marico, among the other products in its Parachute line up, sells coconut oil in a cute little blue bottle for Rs 14. Lost in the fine print on the bottle - fine print so fine that you literally need a magnifying glass to read it - is the minor detail that the contents are precisely and all of 38 ml! That's a price of almost Rs 370 a litre when prorated. And that price is more than double what the kirana dukaan sells it at !

LOL. Now this is funny. Sure there is packaging and branding and all the other adrak lasoon mirchi that goes into product pricing by Marico. And sure, there maybe a better guarantee of product quality with the Marico brand. But the price you pay for that cute little bottle is 120 percent more than what you pay at the kirana. 120 percent more! And most people don't even know it. Go buy the little dibbi and check it out yourself.

The point being made here is that the clueless consumer is not doing these calculations in her head. The Parachute coconut oil example above was chosen because of its extreme illustration of the phenomenon of how packaging disclosures are used to con the public. But the above example is being repeated thousands of times across all the vast product categories in the FMCG industry. Now if sugar is Rs 40 a kg - its current market price - and you were offered it at Rs 90 a kg, would you buy a single grain of it? Obviously not. You would be a prize gadha, a prize doofus and a prize jackass to do so.

Now suppose you were conned through some giant optical illusion into repeatedly buying sugar at Rs 90 per kg. Would you not be a prize gadha to buy it at Rs 90? And are you not getting fooled again and again by doing so? And if literally hundreds of millions of people go through this giant optical illusion everyday, buying commodities required for day to day living, doesn't the loss in consumer welfare go up massively? Remember the FMCG industry is not about "one off" purchases like watches.

Yet in the coconut oil example recounted above, that is exactly what has happened. The consumer is getting losing big time by the manipulation of packaging disclosure requirements by all these "respectable" FMCG companies. The loss of consumer welfare must be in thousands of crores because of this scam.

The problem is not to be confused with reduction in size and quantity per unit. Frequently in high inflation times, companies hold the price, but reduce the amount of product sold at that price. This is done to protect margins and is a perfectly legitimate marketing tactic. (It does have unfortunate consequences though. Many readers will notice that, like this columnist, they've been using two Maggi noodles packets, where previously one sufficed as a snack.)

The previous government approached the problem from the above limited perspective when it amended the Legal Metrology (Packaged Commodities) Rules in 2011. "It has been observed that some manufacturers in the country are reducing quantity of packaged products by small fractions without making a change in the price of the product. The government after due examination of the issue amended the Legal Metrology Rules, 2011." This is from former Food andConsumer Affairs MinisterKV Thomasin a written reply to the Lok Sabha.

Some 19 commodities were included, and manufacturers prevented from fiddling with pack sizes. But the issue is wider than that. Besides, the amendment only covered 19 items in an industry that has literally hundreds of product categories. What about the rest? Even this token move was opposed by the FMCG industry which lobbied against it, saying it would increase the cost of products and directly affect consumers of small packaged items. Oh, puhllleeeezzee!! How can these companies - Godrej and Unilever, among them - speak this pious hypocritical self-interested nonsense with a straight face?

Actually the problem is much much wider than what the government's token efforts - listed above - had recognised. The main source of this scam is the lack of a price per kg, or price per litre requirement in packaging disclosure. Further, the fine print is so fine that it is impossible to read, and literally needs a magnifying glass. The volume and weight displays are hidden deliberately in the fine print. Consequently, calculating the price per kg or price per litre, the sole criteria for price comparison while shopping, has to be done mentally by the consumer.

This is a difficult task for the mathematically challenged, who are in the majority. In fact, it's a tough task even for the numerically gifted when they're buying multiple products on a visit to the market. The absence of an organised retailing culture where the display counter at the supermarket would display the relevant price per unit information exacerbates the situation. As a result, the consumer loses big time because accurate price comparisons during shopping are impossible. And it is Unilever, and Godrej, and Marico, and Proctor and Gamble, and PepsiCo, the storied names in the business, together with everybody else, who are in this con game.

.. and a solution presents itself

The solution to all this is quite easy and calls for better disclosure norms on products. Firstly, the price per kg, and the price per litre, or some equivalent, must be prominently displayed on products. Second, measures should be taken to ensure that a certain percentage of the packaging display area is used to display that price per litre and price per kg. Third, font sizes in displaying the above information should be a percentage of the font sizes used to display the brand name. Fourth, across all categories, product sizes should be forced to be round off at predetermined multiples. That will eliminate the ridiculous phenomenon of Axe shaving cream coming in at precisely 78 gm, while the competition is at 83 gm. And so on.

These simple moves will save the buying public thousands of crores in consumer welfare every year. That is economic reform.

Narendra Modi, are you listening ? Enough of Jaa-pan and Sha-paan.

Adil Rustomjee is an investment adviser in Mumbai. Comments are welcome at a_rustomjee@hotmail.com.