Newspapers as a daily morning habit has taken a backseat in the prevailing environment disrupted by COVID-19, and government announced lockdown. Digital news sources and television are rapidly covering a large ground with updates, debates and interviews and opinions. The Broadcast Audience Research Council (BARC) India and Nielsen (Nielsen runs a 12,000 strong smartphone panel) have recently put together a report on the changes in consumption behaviour of TV and smartphones, respectively. According to the report, TV and digital, and especially news on both the mediums, are the only best options at this point of time as they are able to shoot and supply fresh content.

Jehil Thakkar, Partner, Deloitte India, in a conversation with Firstpost, talks about the effects - near and long term - on news consumption patterns, newspapers small and big, and what to expect when things assume a sense of normalcy.

Digital and television medium has leapfrogged and become important sources of news in the time of COVID-19 as newspapers cannot be delivered to homes/offices due to the lockdown. What do you think is the future of newspapers in this changed scenario?

Even before this crisis, the growth rate of the print industry was coming down substantially given the popularity of digital and electronic mediums. English language newspapers have been finding it challenging to grow in the last two-three years at least. Regional language newspapers still had a growth rate though it was tapering. The current environment [COVID, lockdown] will not be the death knell, but will accelerate change in people’s habits of reading newspapers. News consumption has been growing in the current prevailing environment in the country. The subject of COVID-19 is of prime importance. People are using digital channels and TV to know more about the illness and consequently, consumption has also gone up. The danger lies in accelerating the fall in growth rate of newspapers.

Small independent newspapers, local papers are important and want to continue publishing. However, from a business point of view, it may come to a decision where it's not feasible.

The smaller independent newspapers-- community-based ones that cater to a small town or parts of a town and have no umbrella—will be forced to shut down. They have no buffer of large media houses. We have around 87,000 publications in the country, besides many smaller ones too. Advertisements in these smaller papers are focussed on that area/locality. With the MSMEs facing constraints in advertising in the next few months, the smaller papers will find it challenging to survive. If the slowdown is prolonged and advertising too does not pick up substantially, some of the newspapers may be forced to close down—but this will be the really small newspaper units. Large newspapers, however, like the local city papers focused on city news and those that are part of large media houses will have the cushion of corporate funding. The parent has enough strength to ride through this storm. So, these city-focussed newspapers won’t be any danger of shutting down. 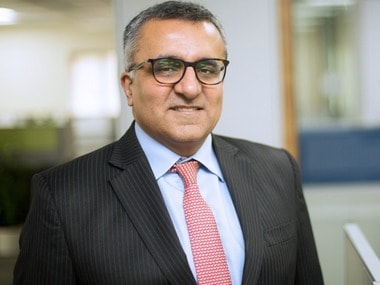 Newspapers provide a sense of connect with the community. But that has disappeared for a lot of people now. What would be the alternative?

The newspaper growth rate has been sliding as consumption patterns have been changing. Newspapers, because of the way it is consumed—home-delivered unlike news stand-driven in the west where there is a purchase decision made-- is very habit forming. For instance, my son sees me reading the newspaper daily and picks up the habit. Having said that, it is true that consumption habits are changing in India but still is much slower than in the west. The growth rate is going down, but it is still robust financially in the case of large ones.

Many newcomers have tried to break in and scale but the barriers of entry in the newspaper industry is high. The incumbents are well-settled and comfortable. Yes, the younger generation does not have the physical habit of reading newspapers. This is more so among English readers of newspapers who imitate their western counterparts. Earlier, regional editions were not avail online. Newspapers in English had to be googled. But today, several language editions of newpapers are available on their websites and apps. Then there are apps that curate news for you. All the new habits dispersed consumption of news among various brands and consequently, the advertisements.

Newspapers survive on advertisements. Nearly every advertiser that may place an advertisement is unable to do so in newspapers for now. Do you see this as an impending disaster (for some time at least) to hit newspaper business?

I would not call it a disaster. It is not even a fortnight since the lockdown. Larger newspaper publishing houses are very robust entities. They have seen wars, Spanish flus, and have been witnesses to all kinds of disasters across the globe. It is a difficult time, no doubt. Revenues will suffer. The physical delivery of newspapers will suffer, but all this depends on how long this situation will continue. The industry has seen difficult times and advertising revenues are constrained, presently. However, the larger newspapers have many different revenue streams, like digital, for instance. There is a buffer. But yes, it will be a difficult time going forward.

According to the BARC report, TV and digital, and especially news on both the mediums, are the only best options at this point of time as only news (being an essential commodity) is being able to shoot and supply fresh content. What does this portend for the newspaper industry?

The change that happened for the English language reader and the regional reader in the last few years was that the newspaper was not relied for Breaking News. That would come from the app. Everyone in the country knew in 10 minutes of an event happening or an announcement made as reporters would report from the site and upload it soon. There is no value to the headline in the morning. But, readers have, since the era of Breaking News, started to rely on newspapers for more detailed coverage as the app gives only a para or so of the news or a few elements. Newspapers have been adding value to the news that has broken earlier. Similarly, local news events of a city is covered by the newspapers. For instance, if the school in a city postponed its exams, the national news would not mention it. However, the newspapers add value to it. That value will continue to be delivered.

In the prevailing environment, when people have access to newspapers, some will say that, I did not miss the newspaper and so I don’t need it anymore. This change in habit will accelerate the drop in newspaper consumption. But if in normal times, two out of 100 readers dropped out of the newspaper reading habit, post-today’s environment, it may be 4 out of 100 readers. As we get to comfortable times, the drop may not be drastic unless this slowdown continues. Then, not just the newspaper industry but many other sectors would not survive.

COVID-19 disruption brings out TV news as a champion showcasing a 57% growth in viewership at all-India level (BARC report). The growth is showcased across all major languages. Also, daily average reach on TV news has grown by 34%, again the highest among all major genres.

This is a result of two things: A news event – COVID-19 consuming the entire country. Every single Indian wants to know more details of this news. Everyone wants to know what are the new cases of people affected by it, what is happening in the US, in Italy, etc. Today, there are no newspapers available and the people have only recourse to just two media: Electronic and digital. The consumers will gravitate towards it as there is a vacuum created by print. But, when this situation goes back to normal, and there is a news event happening in some part of the country and impacting that locality only, then this all-consuming interest for news will come down. Most people will go back to their old habit of reading newspapers and this curve will level off. Some may retain the new habit though.

In first week of COVID-19 lockdown, digital medium in one instance, reached out to more than 10 cr TV viewers on a daily basis (7 cr being the normal). The growth is just for Week 1 and the daily average reach on TV news and digital medium is expected to further increase significantly as the lockdown continues. Do you think large newspaper establishments will be able to withstand this blow?

This is a temporary setback for newspapers. The long-term impact will be minimal. The greater worry for newspaper is the readership that is dropping. There is no way to combat it and reverse the trend.

News is now the cheapest medium for advertisers to build their brands and they do not need GEC to get the reach the advertisers would get in a 4-week cycle.

For the moment, yes, because news viewership has climbed substantially. So the ROI  (return on investment) for the advertiser on news is significant. But the problem for the broadcaster is how do you monetise the viewers. Viewership is up, but companies are withholding advertisements revenues, be it in any sector-- auto, real estate, FMCG categories, etc. While viewership has increased, remember on the client side there are constraints. Viewership on its own does not do much and needs advertisement revenues to grow and thrive.

How much do you see cost reduction in terms of employees losing jobs, staff salaries cut among other similar developments impacting the future of the newspaper industry?

I think it is too say early now. No newspapers have said anything about cost cutting yet, though a few other sectors have announced it. There may be disruptions. If this happens, it will happen across industry. Larger ones will replicate what others are doing. Once the industry is healthy, a lot of the jobs will return and some may not, too. Companies will learn from this and so will the newspaper industry--to rely and use more automation, more bots and less human intervention. That movement was happening for some time now. We might see more integrated newsrooms, collaboration and technological accelerations.

Do you think the unrelenting march of readers from print to online (which has been the norm for some time)  eroding the newspaper industry sooner than later?

It will no doubt accelerate now but it will not turn into a tsunami. This is evident from the PDF copies of newspapers doing the rounds on WhatsApp currently. This points to the fact that people miss the newspapers. They miss the brand and feel. Most of them will go back to their newspaper reading habits once the situation gets back to normal.

Do you think it is time the government stepped in and gave funds to ensure this industry does not die down?

I think it will depend on the government stimulus for the broader economy and for companies at large. But I doubt if there will be sectoral intervention. If the government does that, it will be for essential services—transport, banking, etc.