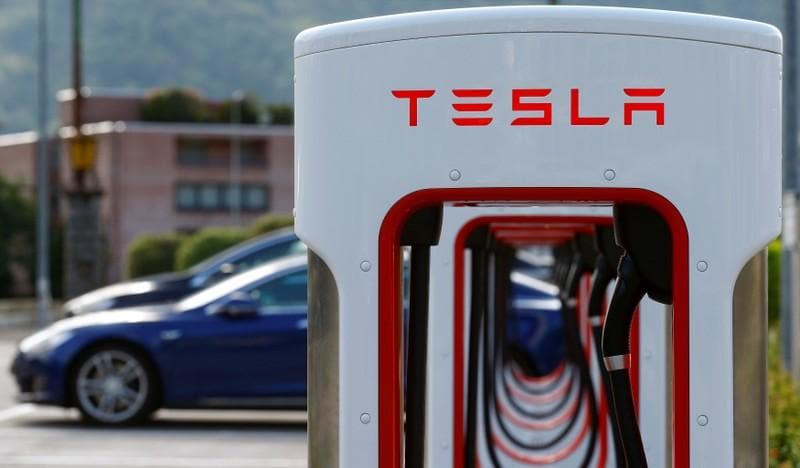 Musk had driven shares in the electric carmaker 4 percent higher with a weekend twitter discussion which showed the company was aiming initially to deliver more profitable and higher-priced fully-loaded editions of the Model 3.

The car, which starts at $35,000, is seen as crucial to Tesla's profitability at a time when it is battling reports of crashes involving its vehicles, questions over funding and production shortfalls. Musk said the fully-loaded version, excluding its vaunted autopilot feature, retailed at $78,000.

Consumer Reports, however, declined to recommend the Model 3 and criticised it for having overly-long stopping distances and difficult-to-use controls.

The magazine, whose scorecard is influential among consumers and industry executives, said even though its tests found plenty to like about the Model 3 and it was a thrill to drive, it had "big flaws".

Responding, a Tesla spokesperson said: "Tesla's own testing has found braking distances with an average of 133 feet when conducting the 60-0 mph stops using the 18" Michelin all season tire and as low as 126 feet with all tires currently available.

"Unlike other vehicles, Tesla is uniquely positioned to address more corner cases over time through over-the-air software updates, and it continually does so to improve factors such as stopping distance."

Research firm Berenberg also gave Tesla a boost on Monday, raising its price target for shares to $500 from $470 and arguing that the company's margin targets for the Model 3 were now reality and not just a hope.

The research house's earlier forecast was already the most bullish on Wall Street and is now more than $200 above the stock's price, which has fallen $100 from September's peak.

Musk, whose refusal to answer analysts' questions on a call this month also hurt company shares, said in his weekend tweets that Tesla had to focus first on delivering Model 3s that were priced higher than the $35,000 basic model, or it would "die".

"Cost of all options, wheels, paint, etc is included (apart from Autopilot). Cost is $78k. About same as BMW M3, but 15 percent quicker & with better handling. Will beat anything in its class on the track," he tweeted.

He gave no details on the parameters or sources of the tests which showed the lead over BMW and other cars, and the company did not immediately respond to questions about the statistics.

On Friday, proxy adviser Institutional Shareholder Services (ISS) backed a shareholder proposal to separate Musk's current chairman and CEO roles, suggesting that shareholders would be better served by having Musk focus on running the company..

(Reporting by Vibhuti Sharma and Sonam Rai in Bengaluru; editing by Patrick Graham)