By Jessica DiNapoli and Mark Bendeich DAVOS, Switzerland (Reuters) - Consumer products companies including Procter & Gamble Co and Coca-Cola Co are emerging as new targets for global activism, with green groups blaming them for fouling the ocean with plastic and activists urging governments to regulate them. At the annual World Economic Forum this week, the bosses of these and other firms like Unilever Plc and PepsiCo have been on the defensive, in a way reminiscent of how coal and oil chiefs came under pressure over climate change in previous years 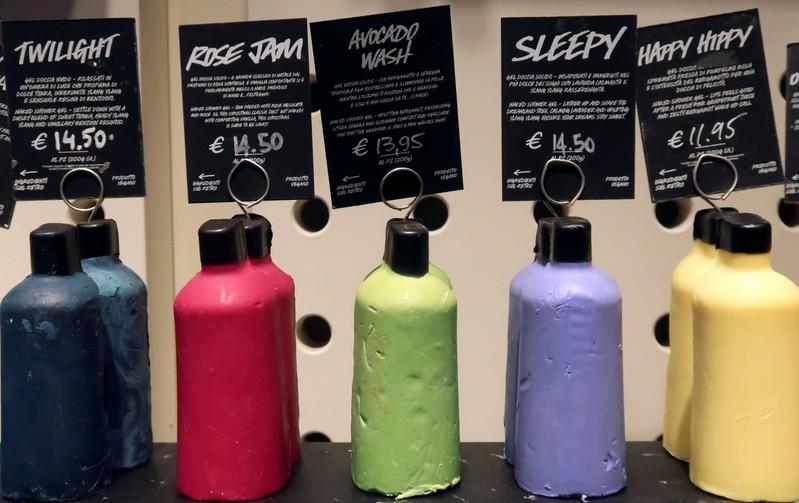 By Jessica DiNapoli and Mark Bendeich

DAVOS, Switzerland (Reuters) - Consumer products companies including Procter & Gamble Co and Coca-Cola Co are emerging as new targets for global activism, with green groups blaming them for fouling the ocean with plastic and activists urging governments to regulate them.

At the annual World Economic Forum this week, the bosses of these and other firms like Unilever Plc and PepsiCo have been on the defensive, in a way reminiscent of how coal and oil chiefs came under pressure over climate change in previous years.

"I see parallels to coal," Greenpeace executive director Jennifer Morgan told Reuters after she and Procter & Gamble boss David Taylor had a feisty exchange at a joint news conference at the forum in the Swiss ski resort of Davos.

"It's clear they are trying to not be regulated," she added.

The CEOs at Davos have vowed to cut their use of plastic packaging through a range of initiatives, including a joint recycling scheme unveiled during the forum. But Greenpeace used that announcement to call for plastic packaging bans and a goal of "peak plastic", saying recycling was not enough.

About 8 million tonnes of plastic are dumped into oceans every year, killing marine life and entering the food chain, according to the U.N. Environment Program. Data like that, and TV shows such as documentary-maker David Attenborough's Blue Planet, have taken the issue to the top of the summit agenda.

Attenborough, 92, was honoured with a special award at the start of the annual event, where environmental concerns were a running theme alongside gloom and doom over the U.S.-China trade war and a slowdown in the global economy.

"I sometimes wonder if we're in the branded litter business, branded trash," Unilever Chief Executive Alan Jope half-joked after he was asked during a panel debate if consumers were interested in the source of the company's products.

In 2017 at Davos, Dove soap maker Unilever promised to ensure all of its plastic packaging was recyclable, reusable or compostable by 2025.

"Two years ago at Davos, Unilever was in front on plastics. At the moment it's very high on our radar to do something about plastic waste above and beyond...the rest of the industry."

"We will roll out new tech next year that will reduce the amount of packaging per kilo," PepsiCo Chief Executive Ramon Laguarta said at Davos, adding that Pepsi was trying to move more toward reusable cans and glass.

PepsiCo, Unilever and European supermarket chains Carrefour and Tesco are among firms that signed up to the pilot waste-reduction programme unveiled in Davos this week. It will deliver products such as orange juice in reusable bottles to shoppers and pick up the empties for cleaning and re-use.

"We can learn about the business model, and the consumer reaction to this and find solutions that last," P&G's Taylor said at the announcement.

At one Davos panel debate, human rights lawyer Vivek Maru, founder of legal advocacy group Namati, asked PepsiCo's Laguarta and the head of The Dow Chemical Company, Jim Fitterling, if they could be hit with lawsuits for the damage their companies had done, similar to litigation against the tobacco industry.

"It's a difficult question to answer," Fitterling said. "The plastic waste got there through consumer behavior and people putting it out into the environment."

The plastic debate has also caught the eye of the insurance industry, which has taken stands at times on environmental issues. Some major insurers refuse to provide cover for new coal-fired power stations due to climate-change concerns, for example.

"It's not a big reinsurance topic at this stage," Christian Mumenthaler, who runs the world's second-largest reinsurer Swiss Re, told Reuters at Davos.

"The mechanism where insurance would be involved would be on the liability policies of these companies. If the risk becomes very big and they get sued -- not specifically plastic but any company -- for their behavior, this would flow into our risk assessment and they could start to have trouble getting insurance," he added.

"It's heating up very quickly and we are already seeing some action from companies, so let's see. I would hope they would act quickly enough, radically enough to be a good case of change."

Unilever and PespiCo chief executives bristled at Greenpeace's call at Davos for more bans on plastic packaging, saying that the problem called for multiple solutions, from recycling and re-use to new packaging technologies.

Last month, the European Union passed measures to ban throw-away plastic items such as straws and polystyrene cups by 2021. Greenpeace welcomed the move but called at the time for an EU-wide target to reduce consumption of food containers and cups.

Greenpeace's Morgan said the issue could not be solved through industry initiatives alone.

"Many of the businesses behind these initiatives and others are expanding production of single-use plastic and are looking to grow in markets that can't take more plastic," Morgan said. "There's a real risk that products like this become a distracting side show to generate positive (public relations)."

Brune Poirson, secretary of state for ecology, sustainable development and energy in France, also took a swipe at the companies, saying they should take the initiative.

"Because you're not doing that, we have to intervene," Poirson said. "I think it's a waste of time, a waste of resources and it's not being a real responsible organization."