By Ben Martin LONDON (Reuters) - Comcast and Twenty-First Century Fox face a quick-fire auction for British broadcaster Sky on Saturday after neither side backed down in a drawn-out $34 billion battle. A deadline for U.S. 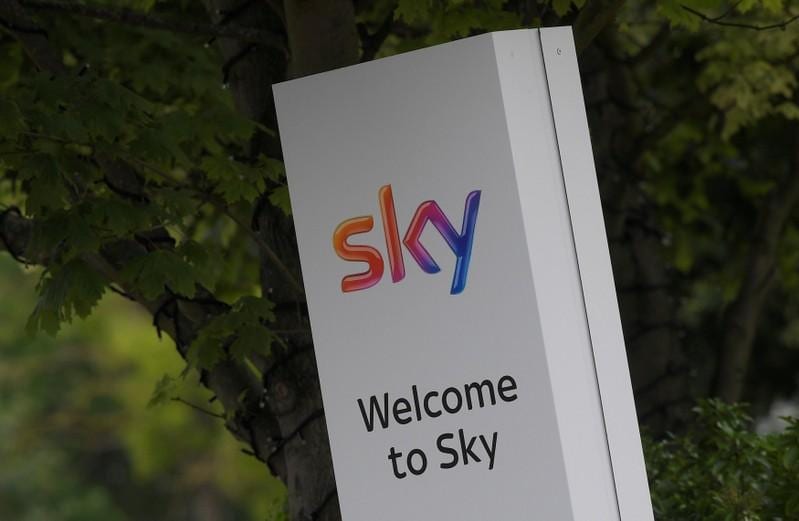 LONDON (Reuters) - Comcast and Twenty-First Century Fox face a quick-fire auction for British broadcaster Sky on Saturday after neither side backed down in a drawn-out $34 billion battle.

A deadline for U.S. cable giant Comcast and Rupert Murdoch's Fox to declare that their all-cash offers for Sky would not be increased passed on Friday without a move by either side, triggering a rare auction run by Britain's Takeover Panel.

Fox, which has the backing of partner Walt Disney, and Comcast are vying for control of Sky to bolster their businesses in the face of rapid growth of streaming services such as Netflix, which are transforming the media industry.

Saturday's auction of pay-TV group Sky will last a maximum of three rounds and any bids will be made in private by either telephone or email, a source with knowledge of the process said.

The Takeover Panel then expects to announce the offer prices that the bidders have submitted on Saturday evening.

Sky's independent directors, who are so far recommending that investors back Comcast's 14.75 pounds a share offer, which values the broadcaster at 25.9 billion pounds ($34 billion), are expected to meet immediately to decide which offer to back.

Comcast and Fox could end up making the same bids.

Shares in the London-listed pay-TV business closed up 0.3 percent at 15.85 pounds on Friday ahead of what is the climax to two lengthy and interlocking takeover fights for both Fox and Sky that are set to reshape the entertainment sector.

"This will most likely mark the end of a process that we have managed for almost two years," Sky Chief Executive Jeremy Darroch wrote in a memo to staff on Thursday.

Fox, which already holds a 39 percent stake in Sky, first offered 10.75 pounds a share for the rest of the broadcaster in December 2016 but saw its takeover delayed by a prolonged regulatory review of the proposed deal in the UK.

The acquisition was then complicated by a separate deal that Disney struck in December 2017 to acquire a host of film and TV assets from Fox, including its Sky stake.

Comcast then gatecrashed both deals, forcing Disney to hike its offer for the Fox assets to about $71 billion in June and Fox to sweeten its bid for Sky to 14 pounds a share in July.

While Comcast responded by immediately boosting its Sky offer to 14.75 pounds a share from 12.50 pounds, it abandoned its attempt to acquire the Fox assets on July 19.

Britain's Takeover Panel announced the auction on Thursday to end the Sky stand-off and force both Comcast and Fox to disclose their best offers.

Shareholders in the British broadcasting group will have about a fortnight to decide which one to back after the auction finishes.

Fox's 39 percent shareholding in Sky could become an important factor in determining which suitor ultimately wins control following the auction if the rivals make similar bids.

Fox has set its acceptance threshold for a deal at 75 percent of Sky's minority shareholders but has the option to lower it and seek a simple majority of all Sky shares, which is Comcast's target.

Then Fox's Sky stake would put it in a better position than Comcast to cross the 50 percent threshold.

A Fox victory would result in Disney then taking control of Sky, once it has completed its deal for the Fox assets.