By Nivedita Balu (Reuters) - Coca-Cola Co beat second-quarter earnings expectations and raised its organic revenue forecast for the full year thanks to higher sales of its zero-sugar sodas, soft drinks with new flavors and ready-to-drink coffees. 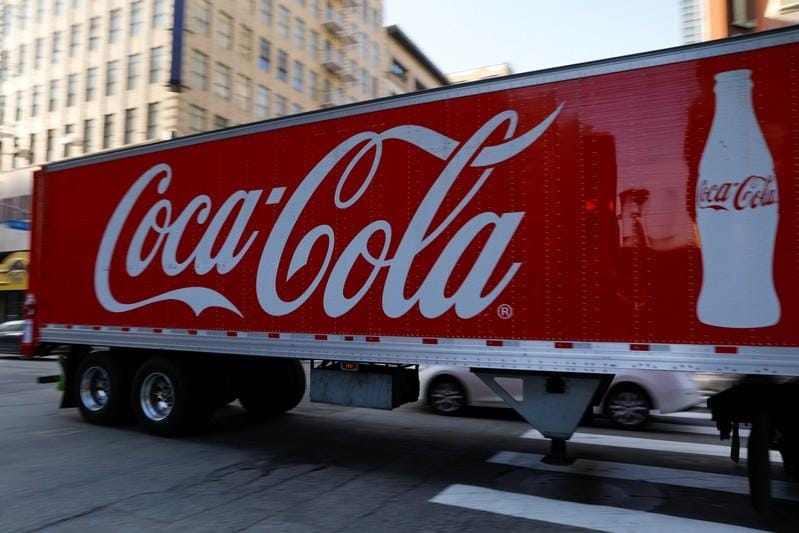 (Reuters) - Coca-Cola Co beat second-quarter earnings expectations and raised its organic revenue forecast for the full year thanks to higher sales of its zero-sugar sodas, soft drinks with new flavors and ready-to-drink coffees.

Shares in the Atlanta-based company rose nearly 6% in morning trading to hit $54.1, a record high.

The world's biggest beverage makers, Coca-Cola and rival PepsiCo, have been responding to changing consumer tastes by moving beyond traditional sodas and offering drinks that are lower in sugar or come in new flavors and in ready-to go packages.

"Our performance was largely driven by consumer demand for no sugar versions of some of our best-known sparkling soft drink brands as well as for the a smaller packages for less sugar," Chief Executive Officer James Quincey told analysts.

"The small packages are definitely a trend going forward... it's a good thing when the category is strong, when there are innovations across all parties," Edward Jones analyst John Boylan said.

As part of his plan to create a "total beverage company", Quincey has been looking beyond soda and last year clinched a deal to buy Britain-based Costa Coffee for $5 billion.

The company is now betting on its coffee innovations, express vending machines, beans and machines for food service customers to grow sales.

It recently rolled out ready-to-drink Costa Coffee in three varieties and Coke coffee, a beverage that blends coffee and its trademark soda, in several markets.

Quincey said almost 25% of the company's revenue is now from new or reformulated products, up from 15% two years ago.

Coke Zero Sugar is now in its third year of double-digit volume growth, helped by smaller packaging and new flavors, the company said.

It now expects organic revenues to grow 5% in the whole of 2019, up from its previous projection of an increase of about 4%.

In the second quarter, a 4% volume growth in traditional Coca-Cola and its zero-sugar version helped net revenue rise 6.1% to $10 billion, a touch above analysts' estimates.

Nicholas Hyett, an analyst at Hargreaves Lansdown said the combination of global reach and a willingness to back new products were the key to the company's success.

(Reporting by Nivedita Balu in Bengaluru; Editing by Tomasz Janowski)